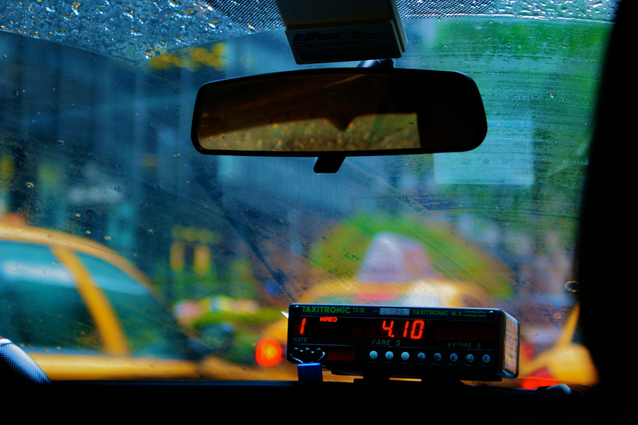 Just in time transportation in the Limestone City is provided by three taxicab companies, specifically: Amey’s, Amherst and Modern.  Over the past few years their respective fleets have received various upgrades thanks to the addition of fuel-efficient hybrid vehicles, GPS navigation, debit and credit card machines, as well as safety lights, which flash to indicate when driver safety might be compromised.  On that note, I’ve also begun to notice a few local taxicabs equipped with video cameras, which capture the image of passengers, just in case the trip from A to B turns into scene from a Jean-Claude Van-Damme movie.  Of course I would be remiss if I did not mention the fact that Kingston’s taxis have been smoke free for a number of years, although it’s debatable as to whether or not every cabbie abides by that rule.  While not all local taxicab companies are of the same calibre, this week we’re asking you to complete the following sentence:

Unfortunately the rider-friendly features listed above are not standard in all of our local taxis.  Perhaps rather than complaining about how long it takes for a cab to pick you up, the average cost for a ride, or the ridiculous choice of music your cabbie has selected, we should encourage taxi companies to make debit, GPS and all the rest, the norm.  If we’re seriously talking about changes to the local taxi scene, how about establishing a standard fare for passengers going to and from the airport, train and bus stations.  How would you improve Kingston’s taxi companies?  Do we need more companies competing to see any positive changes? What horror stories, or advice regarding the local taxi scene are you willing to share?