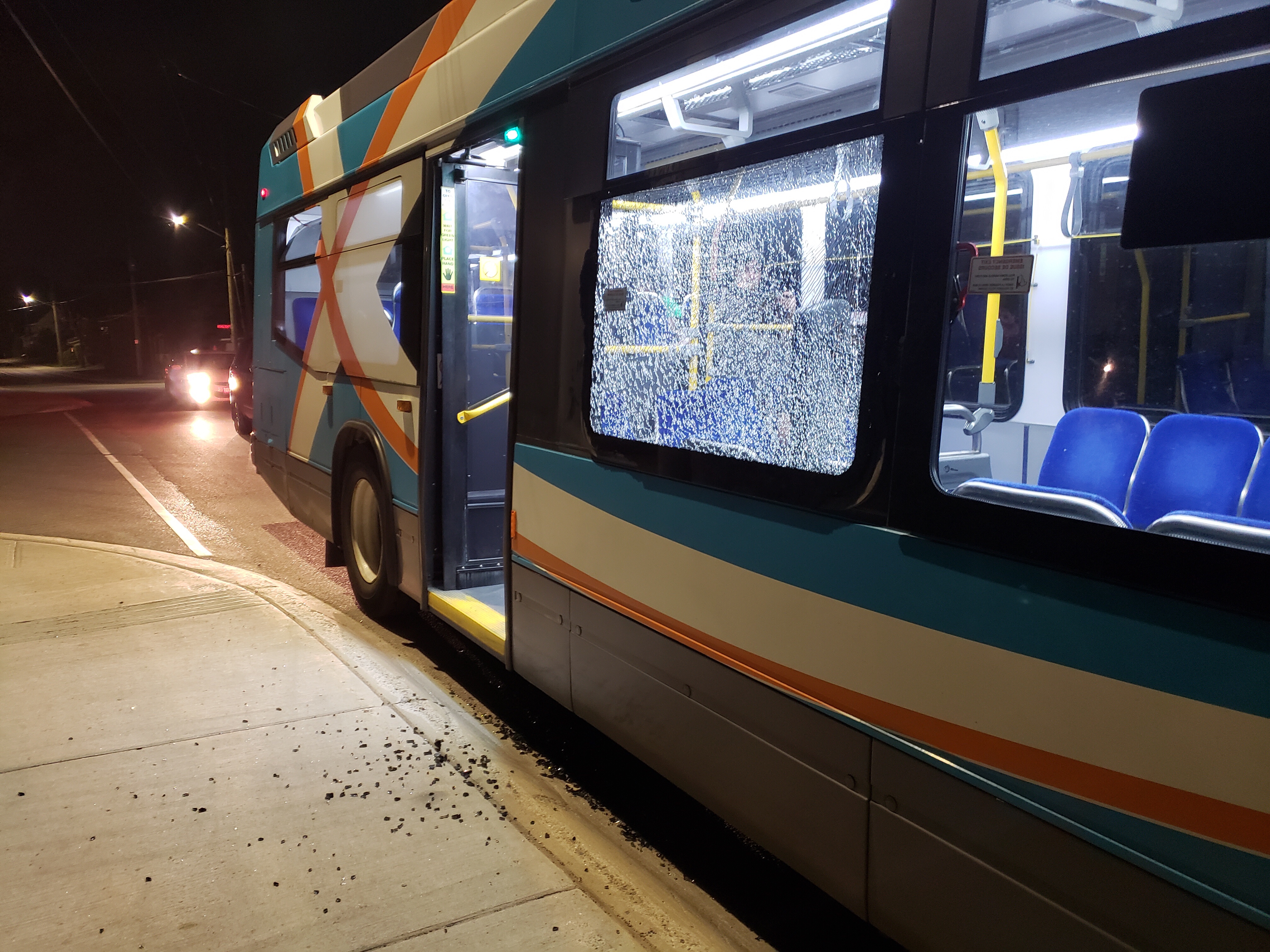 An act of vandalism on Friday, Jul. 27, 2018 damaged and delayed a Kingston Transit bus on Division Street.

At approximately 9:50 p.m., bus 1510 was servicing the 702 route which stops at the intersection of York Street and Division Street.

The driver stated “At first, I thought that someone had dropped a belonging, possibly a phone.”

It wasn’t until passengers began to get up and move away from the right side of the bus that the driver turned around and noticed the broken window.

The broken window, which appeared to have been shot with a pellet gun, could be heard crackling and popping as the weight of the broken glass in the frame threatened to break completely.

The driver quickly notified dispatch to have another bus attend and pickup the stranded passengers, and Kingston Police were contacted and asked to attend.

It is unknown where the shot originated from, however Kingston Police will be investigating the incident.

More details will be updated when and if they become available. 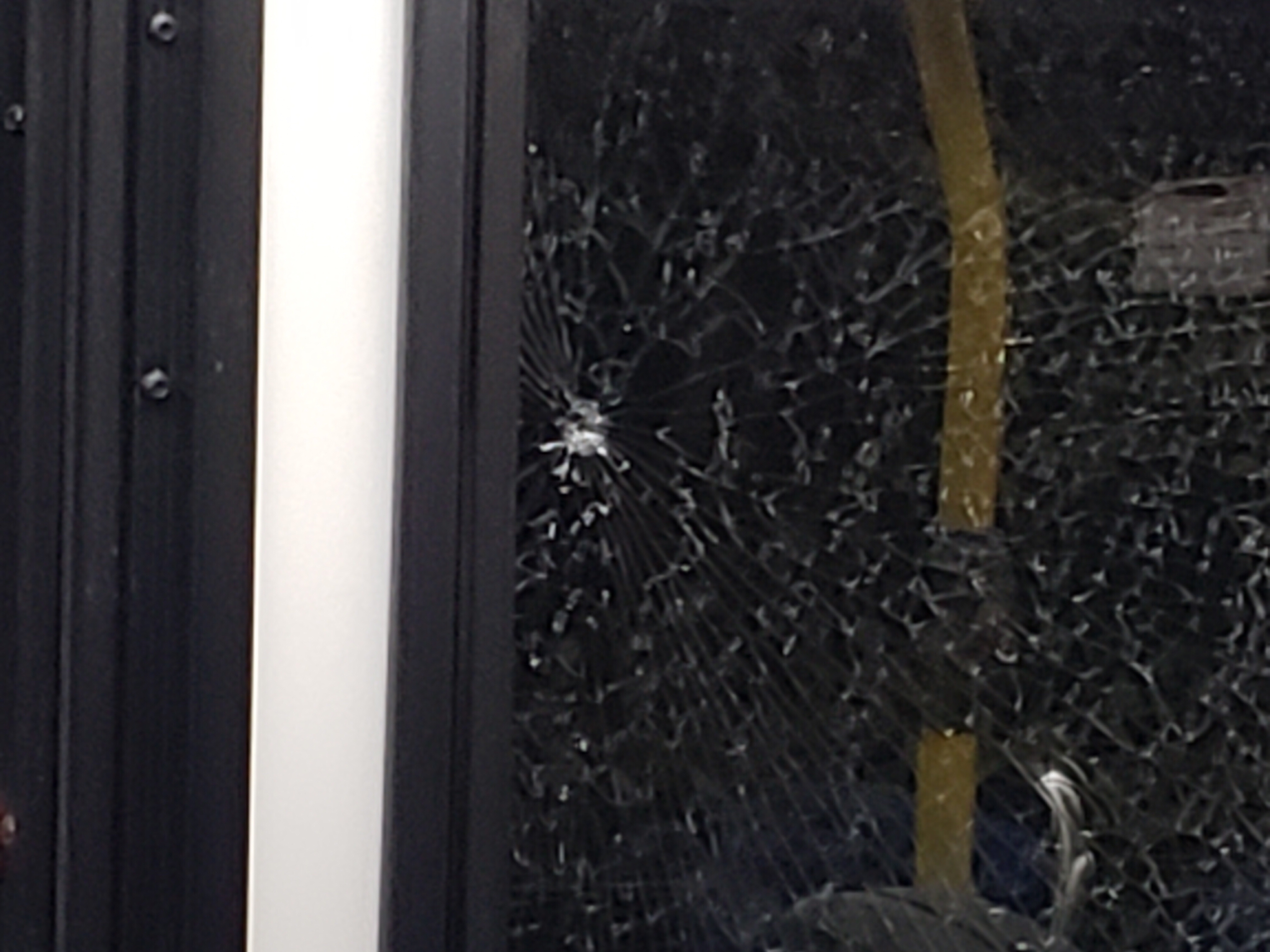 All information and photos by First Response Media.