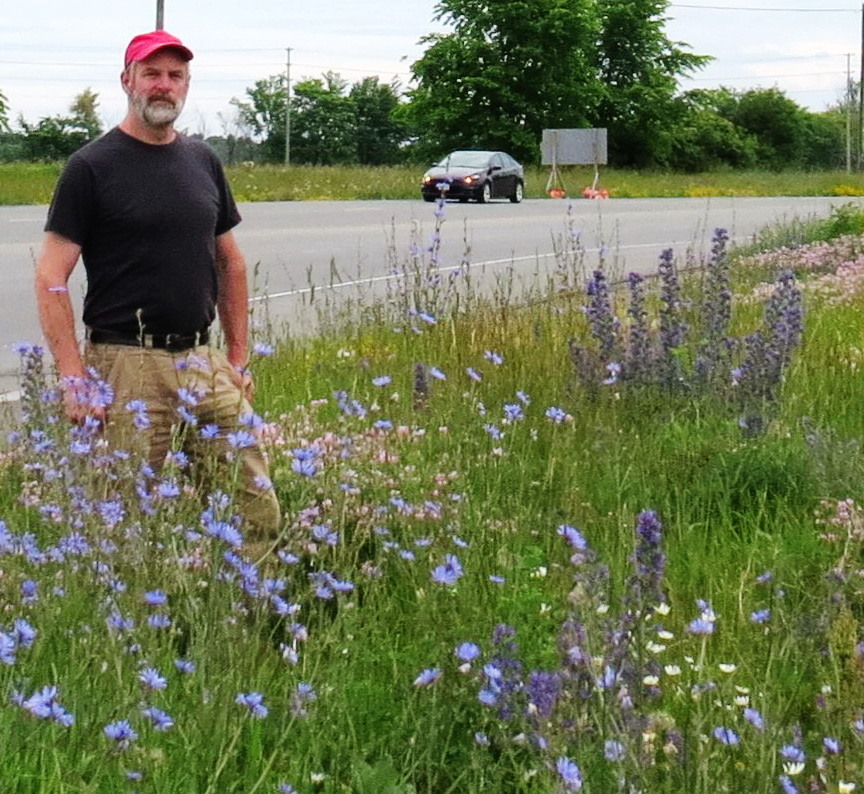 Last summer, I drove across the vast and incredible Prairies. I was amazed to see unending fields of bright yellow canola and soft green wheat. Being a horticulturist, I marvelled at the beautiful rich black soil and at the way our farmers grow such bountiful crops. They even grew hay in the boulevard between the lanes of the highway. Eventually, these great fields gave way to the endless trees, rocks and lakes of Northern Ontario. The monotony of the forest was only broken by roads heading off to remote places like Red Lake or Sioux Lookout, or the clearings for the TransCanada Pipelines, taking natural gas from Alberta to Toronto. Vistas of distant mesas would open, where the forest had been cleared for the hydro lines taking electricity from Pine Portage Dam to the pulp mill in Thunder Bay. Occasionally, Highway 11-17 would cross over the CN or CP Rail lines, with their lumbering trains carrying all of that prairie wheat to the grain elevators at the lakehead.

Driving through the mountains near my home on Lake Nipigon, all of the pipelines, powerlines, and rail lines crisscrossed the highway, and their artificial meadows were filled with wildflowers. I was suddenly surprised to see a prairie lily! There had never been lilies around when I was a child. It dawned on me that I had not seen a lily out in the Prairies because most of the natural prairie was gone, having been tilled over as crop land. Ontario, with all of these right of ways cleared of forests, had become a refuge for prairie plants and wildlife. We had unwittingly created linear prairies where none had existed before.

I started to wonder just how much of a sanctuary we had created. With the help of Google Maps, I was able to figure out that the prairies created along highways, pipelines, railways and hydro lines through northern Ontario totalled about 850 square kilometres. That is as much prairie as had been lost to the construction of the cities of Winnipeg, Saskatoon and Regina. If I was to include the numerous secondary highways and logging roads, there would be enough land to replace the losses to Calgary and Edmonton as well. Our countryside here in Kingston has linear prairies as well. There are about 650 hectares of meadow along our roads and utility corridors. That is more land than the Little Cataraqui Creek and Lemoines Point Conservation areas combined.

Many creatures and plants have taken advantage of the open spaces that we have provided between the trees. Mammals such as ground hogs, skunks and deer have taken up residence. These animals thrive in open meadows next to forests.  Unfortunately, they also end up as road kill, which is why turkey vultures have come to live here as well. Voles, moles and field mice also love these open grass lands, as do the hawks that eat them. Speaking of birds, I remember when killdeer first appeared in northern Ontario, drawn to nest on the open and undisturbed ground. Other birds, such as bobolinks and bluebirds, have also found a new home in these meadows. Many tall grass prairie plants, such as switchgrass, big bluestem, cinquefoil, asters, daisies, clover and milkweed, have shown up here as well, carried eastward as seeds on trains and trucks. Our colourful autumn colours come from these flowers. One of the more important plants is milkweed. Not only do they give off a beautiful fragrance, but they are the only plant that monarch butterfly caterpillars will eat. By providing habitat on the edge of our roads for milkweed, we have probably helped save the monarch butterfly.

These wide, open linear prairies have also attracted some not-so-welcome plants, such as ragweed, which has a pollen that causes allergic reactions. Another unwelcome set of plants are giant hogweed, wild parsnip and poison ivy, which causes burns when they come into contact with skin. There are also the very tall grasses known as Phragmites, which are spreading quickly to choke out our shorelines. These plants have spread far too wide, and have caused serious problems. This is why municipalities and the Ministry of Transportation have started mowing the boulevards of roads again. This mowing is going to seriously impact our sanctuary linear prairies. Cutting down all of the plants, bad and good, is going to reduce the variety of plants and reduce the number of animals, birds and insects that depend on them; a double-edged sword that is hard to reconcile.