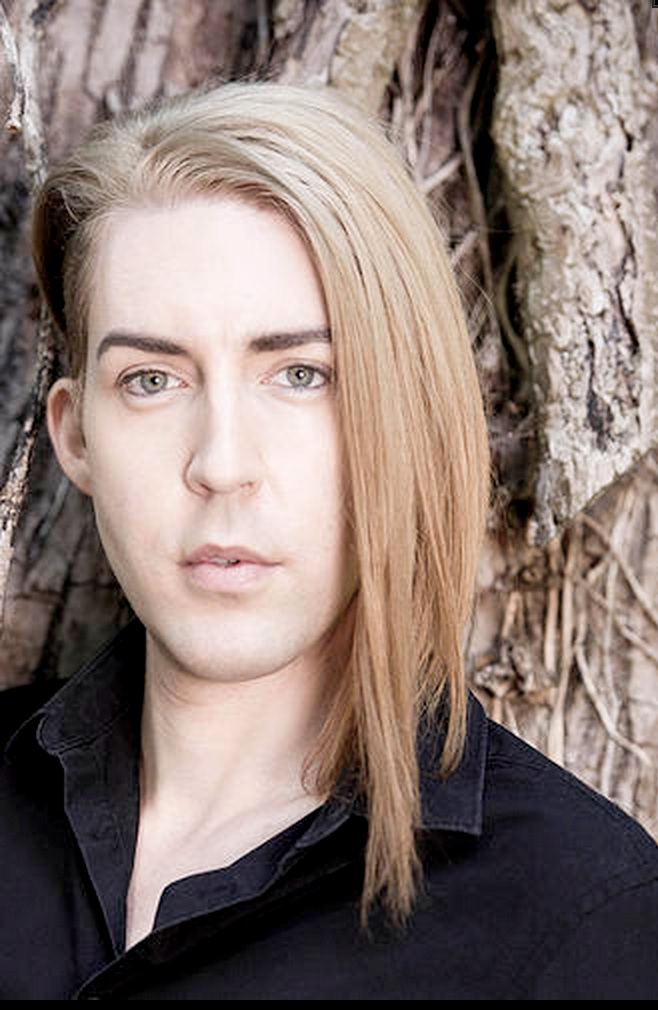 Joshua M. Ferguson was born in Brantford, Ontario in 1982. Joshua grew up in the small town of Napanee and declared their queerness at the age of 14.  Joshua experienced serious bullying, discrimination and bigotry at a young age, while Joshua has learned first-hand the devastating effects of homophobia and transphobia. Joshua has harnessed these experiences to help others with the powerful reach of cinematic messages, which offer hope, visibility and forms of fantastical and inspirational escapes to marginalized people.

Joshua received a B.A. Hons in Film Studies at Western University in 2009 and an M.A. in Film Studies from the University of British Columbia in 2010. Joshua is a currently a Ph.D student in the Institute of Gender, Race, Sexuality and Social Justice at the University of British Columbia. Joshua is a recipient of two Canada Graduate Scholarships from SSHRC, for both MA and PhD research. For their doctoral dissertation, Joshua is producing a documentary that challenges homogeneous societal perspectives on transgender, gender queer and gender variant people by recognizing those who exist in a ‘third space’ in relation to gender.

Joshua has a clear vision to ignite global change using cinema. As a film producer, Joshua aims to discover unique, beautiful and marginalized stories that seek to represent the diversity of people by challenging sexist, heterosexist, heteronormative and transphobic representations. Joshua recognizes “cinema’s incredible potential to illuminate excluded and oppressed subject positions.”  Furthermore, Joshua believes that “film can act as a beacon of hope for those struggling with being marginalized while simultaneously deploying ways to expand awareness in a global landscape that participates in exclusionary forms ideas of cinematic representation.”

Whispers of Life, Joshua’s first work as a producer, provides hope, magic and strength to gay, bisexual and queer youth who are considering suicide as the only available option.  In advance of this short’s screening at this year’s Reelout Film Festival on Friday, January 31st, Joshua took the time to sit down for our latest round of six questions.

1. Whispers of Life is the first film you have produced and it brings up some serious topics of bullying and queer youth suicide. Why did you feel this film had to be made?

The social scientific statistics provide clear evidence for the fact that gay youth are committing suicide at a much higher rate than heterosexual youth (high-school aged). We wanted to create a cinematic cultural intervention to keep the epidemic of suicide at the forefront and create a positive space in the film where suicide can be safely discussed. Entertainment, and cinema in particular, has a powerful way of reaching audiences, which is why Whispers of Life became the vessel that carries our hopeful and positive spin on the topic of suicide that is often depicted in unsafe ways in film. I think that everyone has been affected by suicide on some level. I think that we need to be direct in providing support to others. Extend a helping hand if you feel that someone needs it. We are all here on this earth to help each other deal with the complexity of suffering. Our main objective is to exhibit this film worldwide to raise awareness about the important issue of gay youth suicide prevention. We are seeking a distribution to health and educational institutions at the end of our festival exhibition to enable professionals to employ the film as a teaching tool about suicide prevention. The film’s core message about imagination and survival wrapped up in optimism will provide a hopeful and educational cinematic message to youth and adults alike. Whispers of Life also transcends geographical boundaries as suicide touches all of us regardless of our place in the world.

2. What were some of the challenges and obstacles you encountered with the production of your first film?

I had helped with some shorts at university and then collaborated with my partner Florian on two small short films before, but Whispers of Life is definitely our first ‘official’ short film. I say official because it had a budget (with amazing support from 138 crowd funders from around the world) and a significant crew of ninety-eight people spread over all levels of production. The crew consisted of talented Vancouver film industry professionals. Filmmaking is a collaboration; however, this is truly the case for Whispers of Life. Our film is embedded with all of the unique layers of support that people contributed from pre-production to the exhibition stage that is still taking place. One of the primary challenges was to produce the visual-effects with a $12,000 production budget. We were grateful to have a lead VFX Artist, Kevin Struckman, from Once Upon a Time contribute to the film. In fact, the modest budget presented other challenges, but our crew and cast was inspired by the film’s message and our creative perspective on delivering this important message about imagination in relation to suicide prevention.

3. This film has garnered well-deserved attention within the queer film circuit. What’s your take on how Whispers of Life has been received by audiences? How have audiences reactions affected you and your future goals?

We are so thankful for the film festival selections and the awards that Whispers of Life has received during exhibition, which is still ongoing. Our film is currently doing the festival run and has been shown at festivals in the US, Canada, Germany, Italy, Spain, Switzerland. Whispers of Life was awarded the Audience Choice Award and Jury Choice Award at one of Canada’s oldest queer film festivals, the 26th Reel Pride Film Festival in Winnipeg and was voted a festival favorite by the audience at Cinema Diverse, the Palm Springs Gay and Lesbian Film Festival. Actually, we attended our World Premiere at Cinema Diverse in Palm Springs and it was incredible to witness the audience reaction to our film. We still have several festival submissions pending. Whispers of Life will continue to screen in Australia and Canada (ReelOut Queer Film and Video Film Festival, Freeze Frame: The International Film Festival for Kids of All Ages in Manitoba and Reel 2 Real International Film Festival for Youth in Vancouver). We are very excited for these festivals because youth audiences will have an opportunity to see the short. Once the festival circuit is complete, we hope to distribute it to health and educational institutions to expand a youth-based audience. People are generally touched and moved by the film’s hopeful message. Audience reactions have crystallized my passion for producing films that act as cultural interventions.

4. Your bio talks about other projects you are working on including a documentary and more short film projects with Florian Halbedl. When did you catch the film bug? What inspired you to take up film production?

I have always been inspired by cinema’s power to reach people on a global level. However, I experienced suffering during my adolescence as a result of extreme homophobia and transphobia, so I realized during this time that the power of cinema can offer imaginative spaces and realms to escape to and powerful and strong characters to emulate. This is what connected me to cinema early on, but I am passionate about filmmaking because every film is so unique and special. The medium enables a collaborative effort that I look forward to by combining various voices and talents to achieve a final piece of art that will withstand the test of time.

5. Growing up in Napanee, did you ever have an opportunity to experience the ReelOut Film Festival? What are you feelings leading up the screening of your film at ReelOut?

I am honored to exhibit our important short film at ReelOut. This experience is quite symbolic because it allows me to share a very optimistic and positive message to challenge homophobia and anti-gay bullying in a place that brought suffering and pain into my life. I have worked to harness all of this suffering to help others and I am confident that Whispers of Life will move ReelOut’s audiences in Kingston. This is the closest screening to home so far and I am grateful to ReelOut’s organizers for including our film in the RBC Opening Gala on January 31st, 2014.

6. What would you say to a young person who is thinking about taking up film production for the first time? Any advice or stories to share?

Yes, never ever give up on your dreams. You can always find resources to ignite your passion if you are determined, persistent and passionate about film production. Digital technology has made filmmaking an accessible artistic medium, so I would encourage people to experiment with their phones and cameras to get a sense of how the camera lens can alter reality. I would advise people to move to the film industry centers of Canada, particularly Toronto or Vancouver if they are interested in working on Hollywood and larger Canadian productions. My partner and I have been blessed to work on high-profile shows and meet inspirational people in Vancouver. Making these important artistic and professional connections is important to take your artistic ideas to a new level. As I’ve stated before in this interview, collaboration is one of the vital components of cinema! Finally, don’t be afraid to make a film that is queer in both content and form! The queer film festival circuit is thriving and people will connect with your film if it is made from the heart, so don’t abandon your queer ideas!