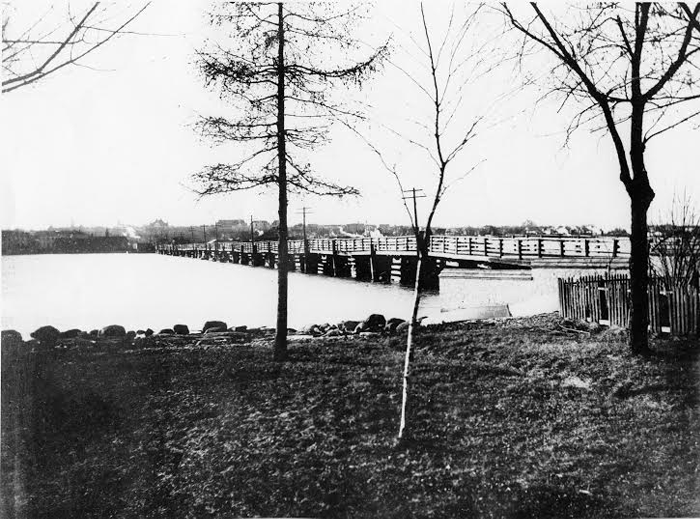 With City Council debating the Wellington Street extension and the “third crossing” discussion being raised again we thought it good to reflect on the history of the La Salle Causeway. Pictured above in 1915 or thereabouts, it was at that point still called the Cataraqui or “Penny” bridge, due to the toll that was charged crossing pedestrians. Built in 1829 the bridge connected the town of Kingston with the fort and naval yard on the other side. In a book published in 1835 it was described as “an excellent wooden bridge, perhaps the best in North America” (Shirreff, 1835). The bridge was a wooden structure built on stone piers with a planked road. Horsey described it as a “regular liver shaker” due to the roughness of the road. It was replaced by the LaSalle Causeway in 1917, at which point there was much discussion around a deep water terminus being created in the Inner Harbour and the need for the passage of larger ships was becoming necessary. The bridge itself and responsibility for it was turned over to Public Works Canada.