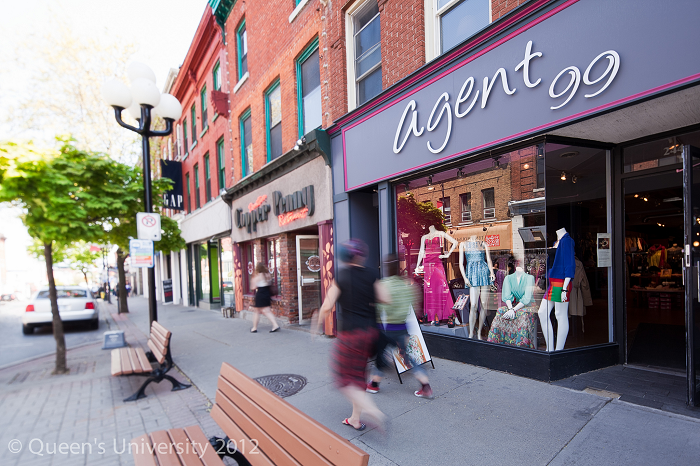 Spend some time in downtown Kingston. It was a long winter but school is officially out, the sun is shining and The Big Dig is over! Tomorrow marks the official end to Phase 3 of downtown Kingston’s Big Dig, which has taken over Princess Street between Clergy and Bagot for the past several months. Construction workers are adding the finishing touches in preparation for tomorrow’s Canada Day celebrations in downtown ygk, so this week we challenge you to go downtown! Join in on the Red and White People Parade that runs down the newly opened street to City Hall starting at Barrie and Princess at 11:30am. Catch the Civic Ceremony and Awards on the steps of City Hall at noon and enjoy live music all afternoon at Confederation Basin. It’s time to get back downtown to show our local shops and restaurants how much we love and value them. So, this week, eat, shop and play in downtown ygk!

Thanks to Queen’s University for today’s photo.