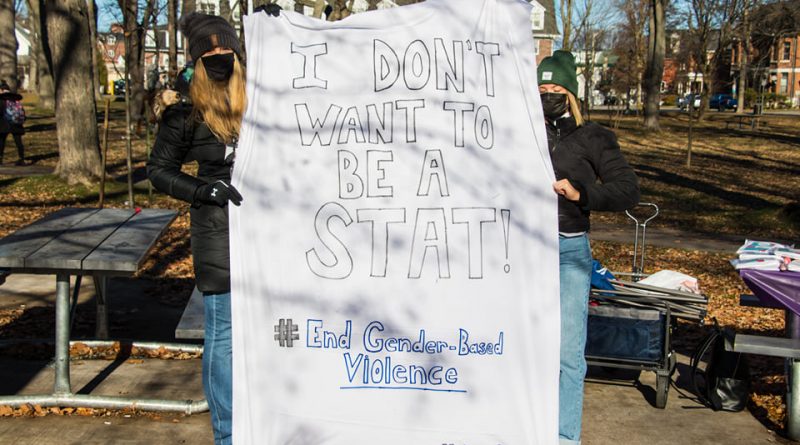 As a positive twist on the misogynistic signs painted on white bed sheets during Queen’s University Homecoming weekend this past October, three Kingston groups have come together to give residents a chance to paint messages of support to end violence against women. “We want people to hang sheets [outside their

END_OF_DOCUMENT_TOKEN_TO_BE_REPLACED

On December 6, 1989, 14 women were killed at École Polytechnique in Montreal by armed student, Marc Lépine. At the engineering school, the women were separated from their male colleagues by the shooter, who also injured 10 others in his “fight against feminism,” a targeted attack that shook the nation.