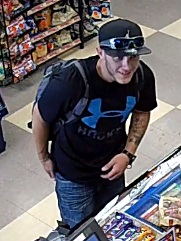 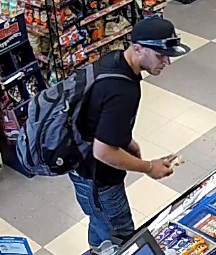 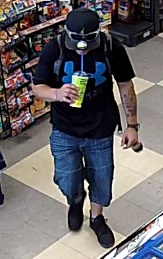 Kingston Police have released the above photos and are asking anyone with information about the suspect to come forward.

On Sunday, Sept. 16, 2018 the suspected entered the complainant’s vehicle parked on Van Order Drive sometime between 2 a.m. and 10 a.m. The suspect stole a wallet with various ID, debit and credit cards, as well as various other items.

Shortly after 10 a.m., the suspect used the complainant’s debit card at a convenience store on Aberfoyle Road. The above images were captured by surveillance cameras at the store.