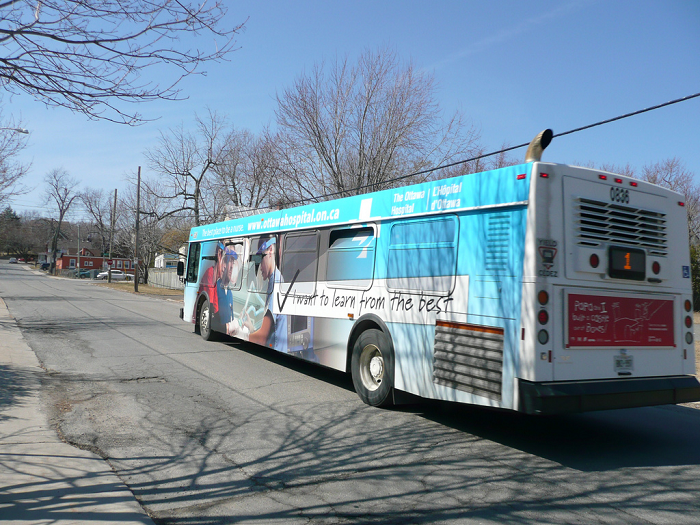 Express route buses offer faster service between areas of the city because they make fewer stops. There is no extra charge for this premium service and riders can transfer between the express and regular routes at any point where the routes connect.

According to their website, the addition of the 501/502 route from the west end to downtown in 2013 has increased ridership by 12%.  It has also been suggested that express bus routes, or more buses in general, have had a strong impact on lessening traffic around town during peak hours.  In addition to the new buses, the City has improved, expanded on, and added several Park & Ride locations throughout town and has installed bike racks on all of their vehicles to accommodate their popular Rack and Roll program.

Now in year four of the redevelopment plan, we’re wondering:

Has the addition of express buses affected the way you get around?

We want to know how you voted and why.  Are you a Kingston Transit customer?  Has this always been the case or has the addition of express bus routes, more Park & Ride locations and the Rack and Roll program convinced you to ride more often?  If not, why not?  As a driver, do you feel that traffic has lightened up at all since the addition of express buses?  Transit is such an important part of a thriving city, we want to know how you think Kingston is doing in this area.  Do you have high praise for the changes being made or are you more focused on what still needs to improve?  Drop your comments off below.