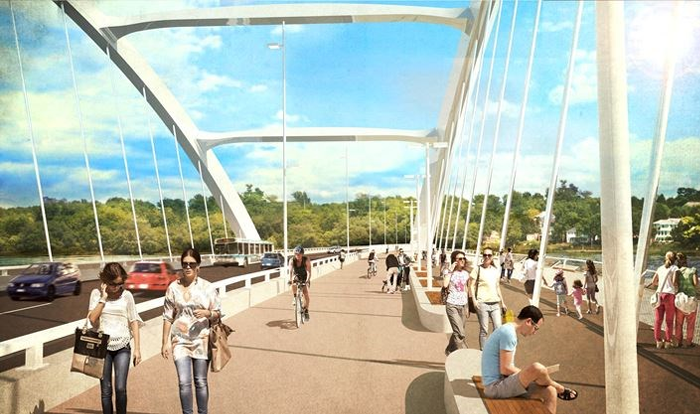 On April 24th the City held a presentation on the Third Crossing with a question and answer session at Artillery Park. The public was initially told that the city currently has $20 million set aside from development fees, specifically for The Third crossing. In the same meeting the $20 million figure was questioned, and the City admitted that we actually currently have only $11 million in the bank.

Two days later at the LCVI Open House the question was asked again and the answer given was that we currently have $20 million in the bank. Again this figure was challenged and the City stated the correct figure was $11 million. Also at that meeting the mayor was asked “How much money do we currently have in the bank from development fees for the Third Crossing?” His answer was “$15-20 million”, but admitted he was not really sure. Why is it that, over 2 days, four different City officials involved in the Third Crossing project have 3 different answers to the same question, possibly the easiest question to answer about funding! Why is it that 2 days after the City admitted the information they are distributing is incorrect they are still giving out the same conflicting information?

To make matters worse, a further investigation of the Development Charges, purported to be in the bank for the Third Crossing, shows that the City currently has not only $13 Million in development fees, but this is for the total ‘roads and related services’ category. None of it is specifically set aside for the Third Crossing. The $13 million is for allocation towards a total of 13 upcoming projects listed by the City in this category. The Third Crossing is just one of these.

The City hopes to raise more money through development charges between now and the start of construction in 2019. This is wholly dependent on new city-wide development projects going ahead. Nobody at these public meetings has explained how the other roads and related projects will be funded if all Development Charges money goes to the Third Crossing.

The City’s responses to this issue have been beyond confusing. Is it intentional? Is this a sales job for the bridge? Why can’t the City have a clear concise answer on this question? If we can’t trust the answer to this extremely simple question, how can we trust the rest of the City’s information regarding the Third Crossing?

The taxpayers and councillors of this City are entitled to and deserve the correct information on all aspects of this project, even the unflattering ones. Without that, how can Council be properly informed in order to vote? The accounting of our Government’s information should be of vital importance in a democracy! Without it, what do we have?
_____________________________________
Submitted to Kingstonist’s Community Soapbox by Jean Clipsham.