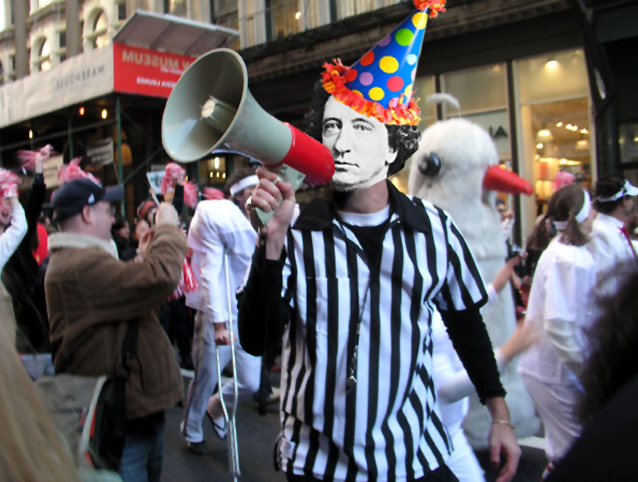 When Kingstonist was conceived, we decided that it was vital for our contributors to reflect the city’s population at large, which is to say that we wanted to attract a diverse team from a variety of walks of life.  While we’ve had our fair share of challenges in recruiting and retaining talented individuals, we’re proud of our continued progress as well as our current standing.  Furthermore, we also set out to develop Kingstonist.com so that the community could provide honest feedback and participate in ongoing conversations.  Again, we’ve made considerable improvements to the commenting system, making it increasingly easier for people to sound off and share their thoughts.  We’re continuously asking ourselves: “where do we go from here” and “how can we develop the site to better reflect the local community?”

From time to time Kingstonist receives Emails from our readers who send in tips on breaking news, letters to the editor, as well as their thoughts regarding a hot topic within the Limestone City.  For the longest time we’ve struggled to steer these messages in an appropriate direction, which has resulted in us taking on one-time contributors, and asking people to simply submit essay-length comments to a previously published article.  Recently, we decided that it was time to reach out to our readers and create a formal mechanism that will allow us to feature their opinions on the site.  Without further ado, it gives me great pleasure to unveil Kingstonist’s community soapbox!

If you’ve got something to say that doesn’t necessarily fit as a comment, but you’re not looking to apply to become a regular contributor, then Kingstonist’s soapbox is definitely for you.  As this new project takes shape, the hope is that we’ll eventually receive enough submissions to make it a weekly feature.  If you’re interested in standing on top of Kingstonist’s soapbox, please submit your edited, spell checked, non-discriminatory, Kingston-centric submissions to us here.  We can’t promise that each and every submission will be published, but we do promise to give everyone, regardless of opinion, a fair shot at being featured.

Thanks and credit for the original photo by kimba, which was made awesome with a little something we like to call Sir John originalit-A.