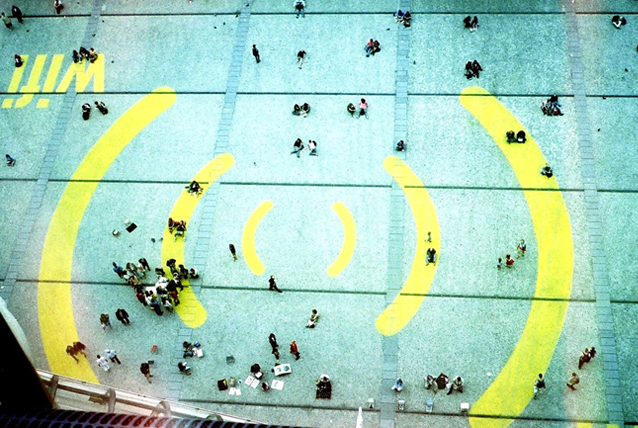 In late July, New York Transit announced that they were finally moving forward on a plan that would see wireless Internet be made available on the subway.  It’s not necessarily revolutionary, as ViaRail has been offering shoddy wireless Internet to riders for a few years now.  That said, the move in the Big Apple represents a growing trend as more and more cities are partnering up with private corporations to create wireless access zones, thereby enabling Internet access regardless of location.  While many Kingstonian’s subscribe to wireless phone plans that enable Internet connectivity, we all know that these come with costly contracts, bandwidth limitations, let alone the pricey hardware.  Accordingly, this week’s poll question asks:

A few years ago Ockham Communications set up a free wireless network in the Queen’s student village ghetto, but I’m not certain if the Mi WiFi was ever that popular, or if it’s still available today.  Otherwise WiFi in Kingston is limited to coffee shops and select restaurants that don’t necessarily want non-paying customers loitering around all day just for a free wireless connection. Cities of comparable size to Kingston such as Moncton have jumped on the bandwidth waggon and  set up their own municipal wireless network, that was implemented under budget and in a scalable manner.  Perhaps Kingston could easily do the same downtown, and expand the network to hockey arenas, public parks, and even on board Kingston Transit buses.  Internet access is becoming as essential as basic utilities, and providing it to both residents and visitors demonstrates that Kingston gets it, and is open for business.

Special thanks to günes in wonderland for today’s photo.