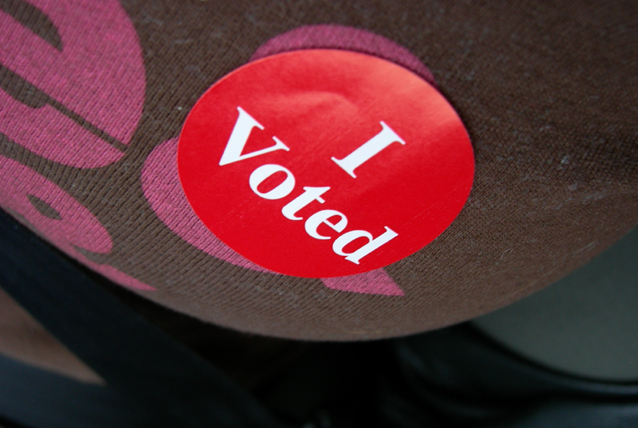 Ladies and gentlemen, Kingston’s 2010 municipal election is but one week away. Well, that’s not entirely true as ballots have already been cast thanks to advance polling that occurred on the 16th of October.  You can rock the vote this week, on Wednesday, October 20th (10am to 8pm), or hold out until the final polling date, which is scheduled for next Monday, October 25th (10am to 8pm).  There are upwards of 26 polling stations scattered throughout the Limestone City, at least 2 per district. Do you know where your polling station is and what you need to bring to be allowed to vote?  On the big day you’ll be expected to indicate your choice for Mayor, your district’s councillor, as well as a School Board Trustee.  Have you reviewed the full list of candidates, or determined who you’ll be voting for?  Over the past few months we’ve touched on the key issues, and speculated as who will be sitting in the Mayor’s chair next Tuesday. While I would like to think that all of Kingstonist’s readers will stand up and be counted, realistically some people may be apathetic, or otherwise unable to vote. Accordingly this week’s final election-centric poll asks:

Will you vote in the upcoming municipal election?

Official records indicate that turnout for the 2006 municipal election was 38,028 out of 95,262 eligible voters, or a whopping 39.9 percent. Most would agree that those numbers are dreadfully pathetic, but will voter turnout in 2010 be any better? While the City of Kingston has taken steps to ensure that polling stations are accessible, there’s very little they can do to combat indifference or laziness.  According to the City’s Action Plan on Accessibility and Disability Issues, the following opportunities and special provisions are available:

Touch screens will be available for electors with visual impairments. These screens allow electors to use head phones and listen to the list of candidates. The vote is cast on a standard keypad. Traditional ballots will be available for those electors who wish to use them. These will be fed through a poll count tabulator. Votes cast on both machines are stored on a memory card until close of polls on Final Voting Day.

With any luck, when it comes time for the 2014 municipal election in Kingston, residents will be able to cast their vote online.  Imagine sitting down in your PJs and voting while you have your morning coffee, or riding on board a Kingston Transit bus and marking a digital ballot via a connected smartphone.  Such futuristic accessibility isn’t here quite yet, which is why Kingstonist is challenging all our readers not only to vote, but to bring at least one friend along for the democratic ride.  Happy voting Kingston!

Special thanks to Chapendra for today’s photo.

14 thoughts on “Exercise Your Right to Vote in Kingston”