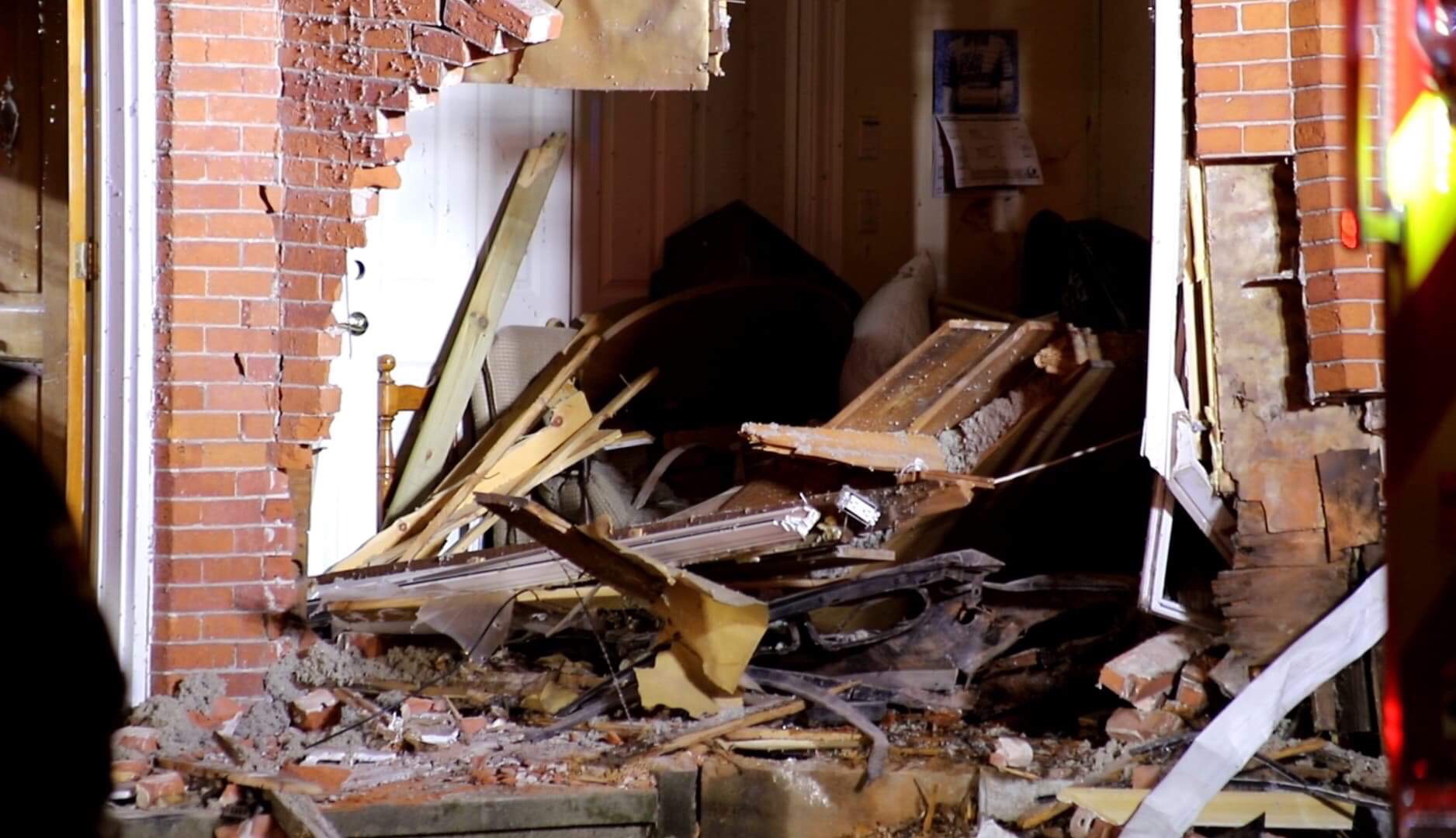 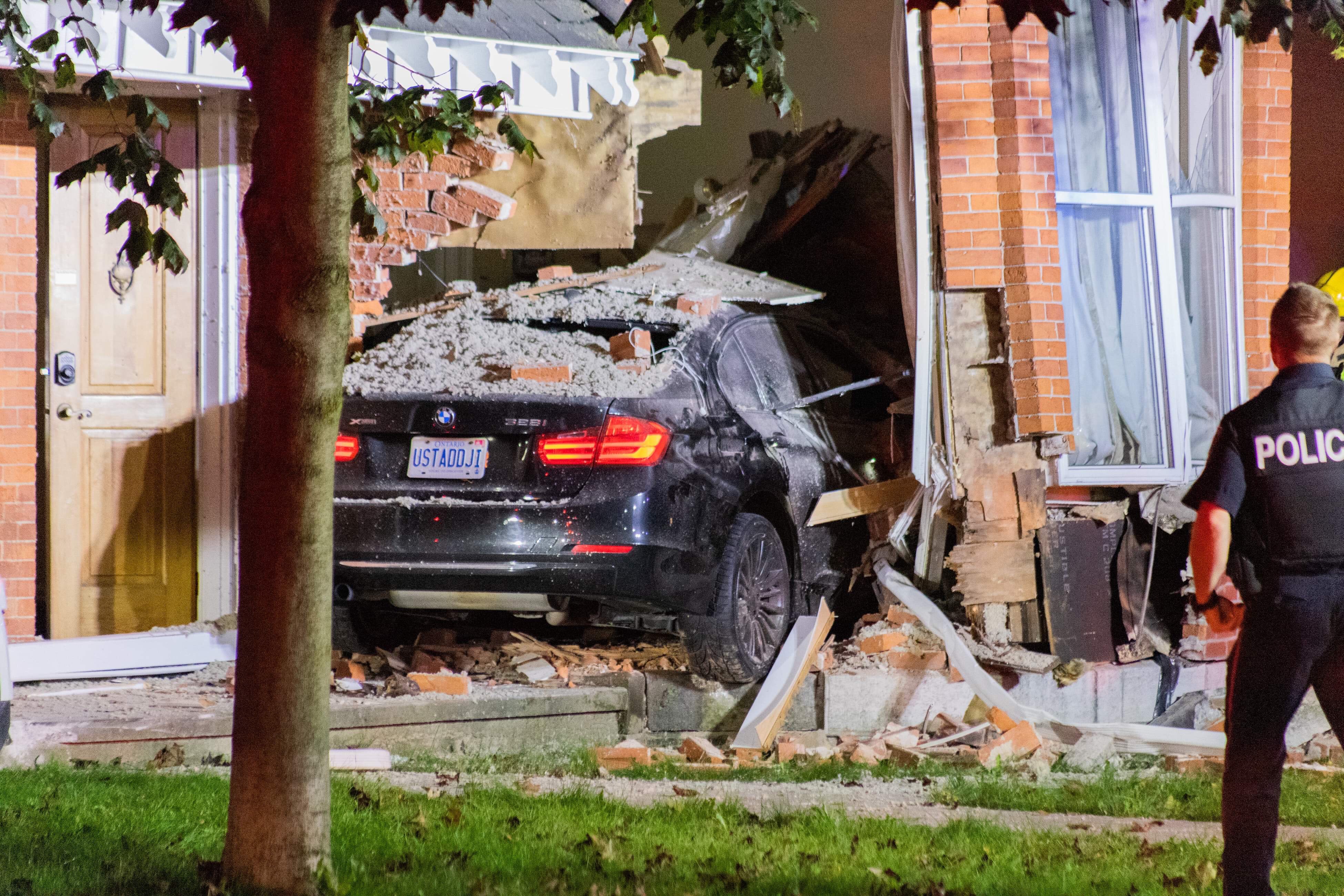 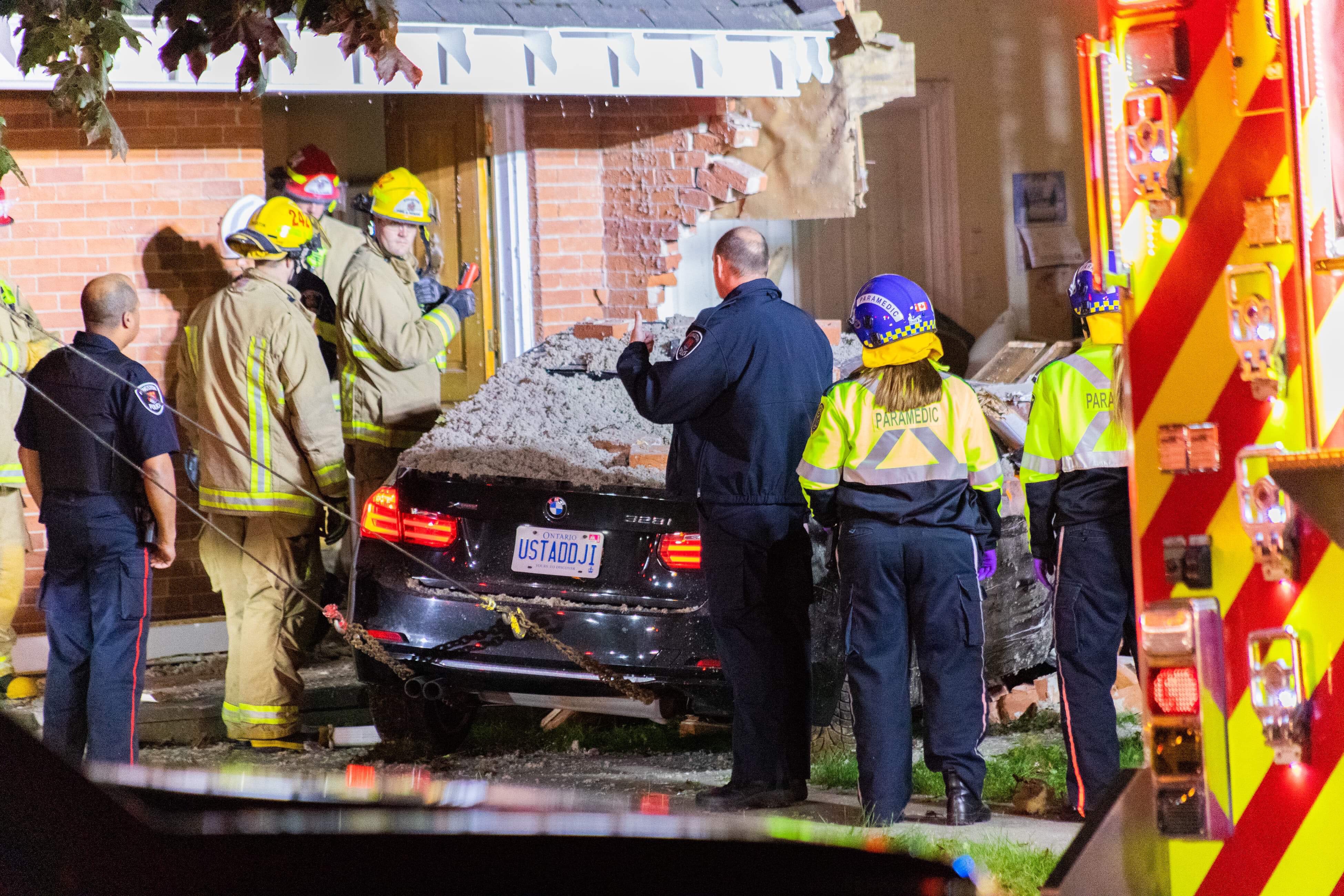 An early morning accident has left a residence at Brock and Frontenac Streets severely damaged after a car crashed through a wall of the house.

The incident occurred at approximately 2:15 a.m. on Tuesday, Oct. 8, 2019. The vehicle struck a light control box at Division and Brock Streets, and then continued driving westbound on Brock Street. The vehicle then left the roadway, colliding with the house at the corner of Brock and Frontenac Streets, and crashing through a bedroom wall of the house.

Luckily, no one was home at the time of the accident, however, all occupants of the vehicle reportedly fled the scene.

Ward’s Towing removed the vehicle, and Kingston Fire and Rescue remained on the scene well past 5 am securing the building.

According to Kingston Fire and Rescue, the estimated damages to the house and vehicle are $150,000.

Peter Walker, the owner of property, says there is no cause for concern in terms of the upper floor. The concern at the moment is securing the building from the elements, he says, but falling bricks pose a major concern for any work being done.

Walker said it is likely that a good portion of the surrounding bricks will have to be removed in order to repair any damage and prevent any injury to work crews.

The room of the house exposed in the crash is not a rented space and is normally not occupied.

Walker, his wife, and three others were attending a conference in Prince Edward County when he received the call about the incident early this morning.

Walker says that this is not the first time their property has been struck by a vehicle.

He says that last winter, a vehicle struck the side of the home, that time doing only minor damage, and the driver of that vehicle also fled the scene before police arrived.

Walker said he never followed up with police so he is unsure if an arrest was made in the past collision.

Update (Friday, Oct. 11, 2019): Kingston Police investigating the incident found that the driver of the car had fled the scene prior to their arrival. Police then made several attempts to locate and speak with the registered owner of the BMW involved, Gursimarjit Singh, 21, however, all attempts to locate him have proven unsuccessful. Police are requesting the public’s assistance in locating this individual.

Tips can also be provided anonymously by calling the Kingston Police general number (613-549-4660 ext. 0) and asking to be remain anonymous.

Kingstonist will update this article with more details as information becomes available.