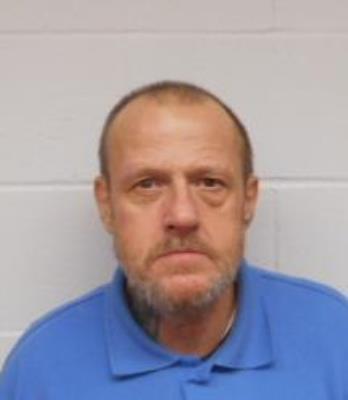 The Repeat Offender Parole Enforcement (ROPE) Squad is requesting the public’s assistance in locating a federal offender wanted on a Canada Wide Warrant as a result of his breach of parole.

Ronald Countryman, 57-years-old, was first reported as wanted by the ROPE Squad on Tuesday, Aug. 21, 2018. The ROPE Squad issued another request for public assistance on Monday, Sept. 2. Countryman is described as Caucasian male standing 5’8″, weighing 198 lbs, with a shaved head and hazel eyes.

He is serving a ten year, two month sentence for operating a motor vehicle while disqualifies, impaired driving, and possession of stolen property. He has five previous federal sentences.

The offender was last observed in the Sault Ste. Marie area and frequents shelters and food banks. It is believed he is travelling west to avoid his capture and has mentioned Winnipeg as a final destination. He was earlier reported to frequent the Brockville, Kingston, and Sharbot Lake areas.