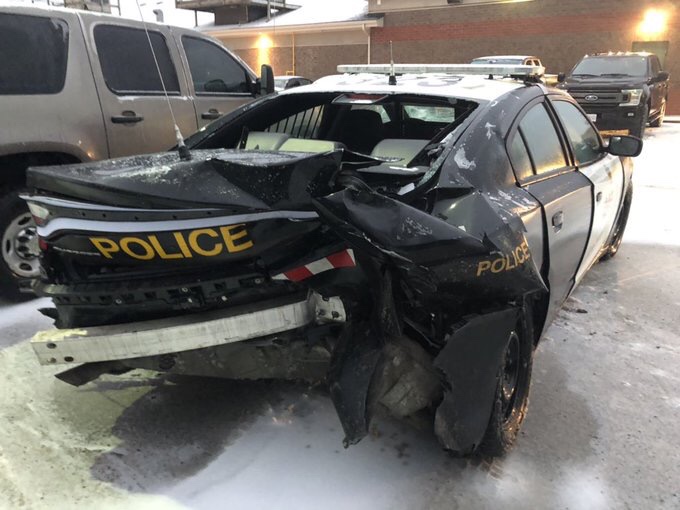 A collision on the 401WB involving 2 tractor trailers and an OPP cruiser closed the highway on Thursday morning for several hours.

An OPP officer was checking on a previously jack-knifed transport on the 401 near Odessa at around 1:30 a.m. when two other transports lost control, one of which came sliding towards him. The officer was able to jump out of the way and was uninjured, but the transport struck his cruiser, causing significant damage to the rear and side of the vehicle.

The highway was closed for investigation and cleanup until shortly after 4 a.m. It is not yet known if the transport driver will face charges.