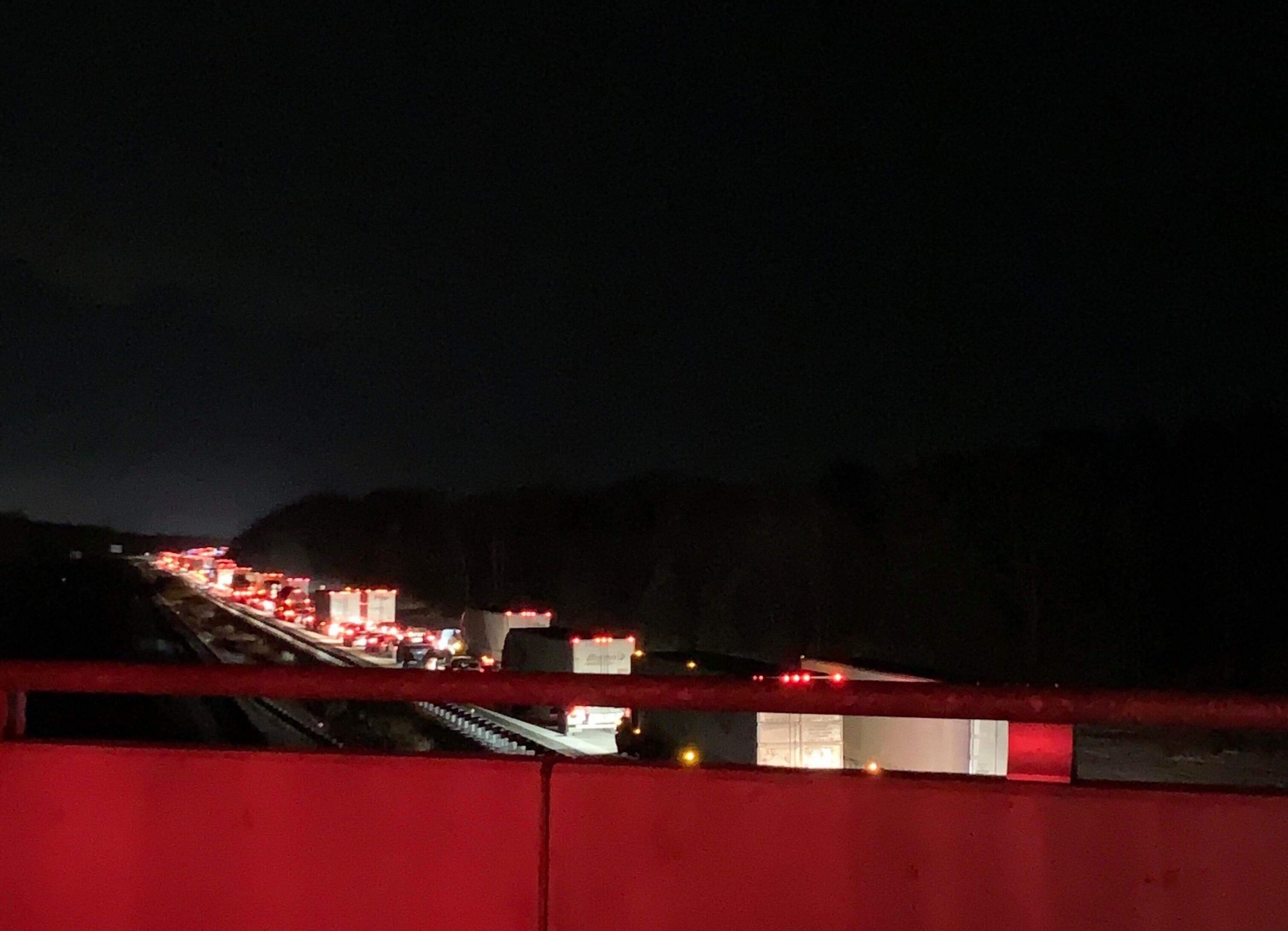 The 401 just east of Napanee was closed in both directions for several hours on Friday night following a multi-vehicle collision.

The collision involved a transport and a truck, which was pulling a trailer carrying a herd of cows.

The collision, which according to OPP originally occurred in the eastbound lanes at around 6 p.m., caused the trailer to flip over and several of the cows being transported were let loose. OPP and tow operators were on scene for several hours attempting to herd the animals back together, as they wandered through the median and into nearby fields.

Traffic was backed up for several kilometres in both directions and the closure, which was between County Rd 4 and County Road 5, lasted until all of the cows were rounded up and the involved vehicles were cleared, at around 10 p.m.

While one cow perished in the crash, OPP said there were no human injuries.