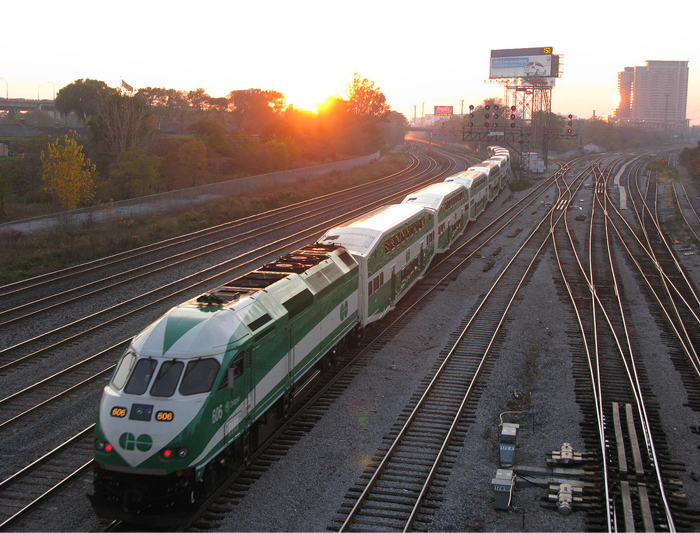 Mayor Gerretsen’s recent decision to seek the soon-to-be-vacant federal Liberal nomination caught a lot of people by surprise, including city councilors and prospective mayoral candidates.  One such councilor, Rick Downes, saw the announcement as an opportunity to launch his third bid for the city’s mayoralty.  While Downes has served as a councilor for numerous terms that span over two decades, and he arguably has experience dealing with issues that surface at the municipal level, his platform was not necessarily finalized when he filed papers for this Fall’s election.  Nevertheless, one of the initial components his campaign touched on is that of accessibility, both in the City of Kingston and in relation to our neighbours in the Greater Toronto Area.

The headline was hard to miss: “Downes proposes Kingston-to-Toronto GO Train“, and the lofty proposal instantly attracted a chorus of jeers and criticism.  The notion of expanding GO Transit service this far east of the GTA is undeniably unprecedented and mired in questions pertaining to its execution.  Rail lines between Kingston and the GO Train’s most easterly station in Oshawa are in short supply, while those CNR lines are already heavily used for both freight and Via passenger service.  How would a twice daily, non-stop GO Train traveling between Kingston and the GTA fit with the existing rail traffic?  How much of a premium could Kingstonian’s expect to pay to piggyback on the GTA’s popular GO Transit service?  How many Kingstonians would actually make use of the service daily, weekly etc…  Wouldn’t a GO bus station in Kingston be a more practical and less costly way of gauging demand?  Accordingly, this week’s poll asks:

Should GO Train service be expanded to include Kingston?

Personally, I would welcome consultation with the various players who are ultimately responsible for expansion of GO Transit services to determine its feasibility in the next 20 to 30 years.  Having made use of GO Transit’s ultra-affordable day pass in the past, expansion of this service could provide Kingstonian’s greater and more economical access into the GTA and vice versa.  With so many growing communities between Oshawa and Kingston, it’s not a surprise that leaders in other municipalities east of the GTA (ie Port Hope, Coburg, Peterborough, Belleville) have proposed similar GO transit expansions to the east.  In the absence of a highspeed rail corridor in Southern Ontario, and with all due respect to the craziness we encounter on the 401, what’s the harm it exploring this option for the benefit of future generations?