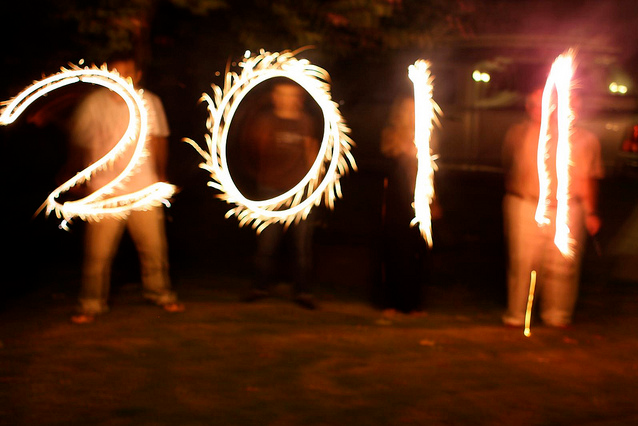 With less than two weeks to go until Christmas, and New Year’s a mere three weeks away, it’s time for our annual review of the news stories and issues that shaped this past year. Will we remember 2011 as the year that Confederation Park was, for a short time, occupied by protesters in an effort to address global social and economic inequalities?  Perhaps John Gerretsen’s fifth consecutive nod as Kingston’s MPP is something worth noting, especially if the rumours regarding his retirement after this term prove to be true.  Speaking of retirements, while Peter Milliken decided to call it quits last year, in 2011 Kingston remained a red riding as he was succeeded by Ted Hsu. According to the national spotlight, the Shafia family murder trial was the only significant thing going on in the Limestone City this year, but is that how we want to remember 2011?  What impact will the “temporary” suspension of BFA enrolment have on Queen’s University?  Don’t forget about the ongoing revitalization of the Smith Robinson Building, or the mildly controversial proposal to shoehorn a Jack Astor’s into our historically sensitive downtown.  And of course, I would be remiss if I did not mention our obsession with garbage, specifically the City’s decision to limit weekly waste to one bag per household.  In retrospect, our final poll of the year asks:

Last year we asked the very same question, while our readers decidedly responded that 2010 would be forever remembered as the year our Prison Farms were abruptly and wrongfully closed. While it’s been a long time since the closure of our Prison Farms made the headlines, I can’t help but feel that this story carried over into 2011 for many of us.  Will 2012 be the year that the cows come home, or perhaps the year of the super prison?

For Kingstonist, I think that 2011 was the year that we hit our stride in many respects.  We’ve reached out, developed strong bonds and partnered with even more local arts and community organizations than ever before.  Our readership continued to increase, and now we’re doing our best to encourage Kingstonians to make this city a better place via our weekly #ygkchallenges.  We interviewed 18 interesting local personalities this year, including a majority of the candidates in the federal and provincial elections.  We completely overhauled the site, crashed our server because of excessive traffic, and gave away a ton of stuff including our very special Kingstonist tees.  While 2011 is quickly winding down, I honestly believe that the team left nothing on the table.  Here’s to making the most of 2012, but not before we celebrate the year that was.  After this week, I hope you’ll stay tuned as we count down some of our favourite, most popular and significant stories from 2011.

Thanks to feeb for today’s sparkly photo.