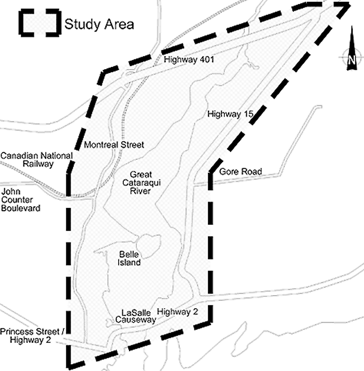 To spend, or not to spend?

That’s the question facing councillors as they debate whether to continue with an environmental impact study on a long discussed third crossing of the Cataraqui River.

The debate ended without a concluding vote after the last council meeting. It now looks like the debate will reignite next week when council meets again.

But will it come to any conclusion?

Before any crossing can be built, the provincial and federal governments require the city to analyze all the environmental and social implications of building a new bridge over the Cataraqui River. The cost for the environmental assessment is $1.7 million. To date, about $500,000 has been spent, according to city hall.

Going ahead with the second phase of the study means spending the remaining $1.2 million already allocated to come up with detailed designs, a business plan and completing federal assessment requirements. Proceeding doesn’t mean the city will build a new bridge. Whether to build would be a decision for the next council should this council decide to finish the environmental assessment.

Councillors may be reluctant to continue with the study over concerns about the optics of possibly committing millions of dollars on a new bridge during an international financial downturn, even though that’s not the decision this council would make.

But with an estimated price tag of $114 million for a two-lane bridge, or $181 million for a four-lane bridge, who can blame councillors for feeling a little skittish? That’s a major financial investment for Kingstonians, some of whom are still worried about debt levels arising from major capital projects over the past five years. (The city’s finance department has said Kingston’s debt levels are below provincially set limits.)

Another issue may be the analyses presented to councillors from traffic pattern experts. Is the causeway over capacity as consultants from J.L. Richards & Associates say, or is it the intersections at either end of the crossing that are at fault, as local traffic expert Bruce Todd says? If someone can break the deadlock, please step forward.

When councillors approved the 2007 capital budget, the first of the new term, they decided against spending money on the environmental study. At the time, I heard from some councillors that they wanted to show they were ready to slow things down after four years of major construction projects, several of which still had to be completed. But it was also a message that they didn’t think a bridge was the city’s top priority.

In 2008, the message I heard from one councillor was simple: Those who voted against the environmental study in 2007 had made their point. They didn’t mind spending the money on a study, but not before voicing concerns (a.k.a. grandstanding) about whether Kingston needs to build a new crossing.

The message was simple: We may approve this spending, but don’t think we’ll approve more in the future. Now political will for this project has disappeared.

To spend, or not to spend? It seems the latter will be the answer whenever this debate finally ends.

7 thoughts on “The Other End of the Bridge”