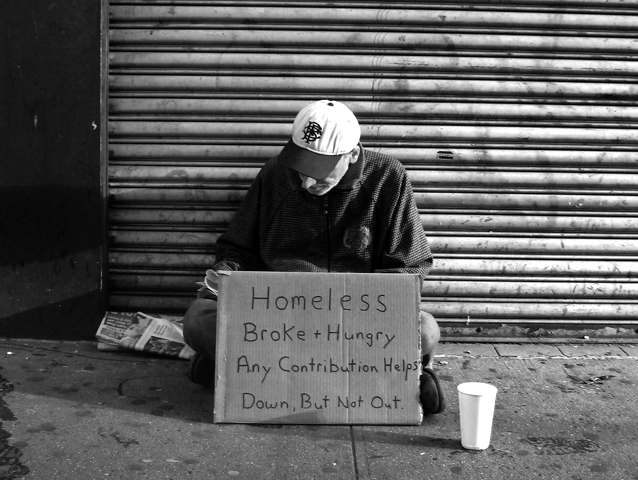 Kingston is a city built on plans and reports.

Or, more precisely, a city built on writing plans and reports.

Many of those plans are necessary — no one disputes the need for an official plan to guide growth — but many plans get developed, released and then, well, nothing happens.

Poverty is one of those areas where city hall, agencies and advocacy groups have developed and released numerous reports over the years. The United Way has released a homelessness and housing report every other year for the past decade. The city, likewise, has developed and released homelessness and housing strategy reports in years past. Its last social housing strategy was released in 2005, but hasn’t been updated since.

No one in Kingston believes there isn’t a social and economic problem here that needs to be solved, but it is impossible to get universal buy-in on one plan of action. And so the carousel of plans goes round and round.

This year brings the promise of yet another plan to address poverty. This new plan, though, is being billed as the plan. Think of it as the official anti-poverty plan, a document that can guide decision making at city hall and in the wider community in the coming years as Kingston works to help those less fortunate in its population.

Late last year, the city, United Way and the Kingston Community Roundtable on Poverty Reduction quietly formed a group to again study the issue of homelessness and poverty in Kingston. Their mission was to end the succession of proposals to address the issue and come up with the plan to guide decision-making in the coming years. The trio agreed to a strict timeline of six months with the possibility of extending three more if all parties agreed it was necessary. The final report is tentatively scheduled for May.

This time, there appears to be a spark of hope that this time Kingston will get it right.

“I can’t see why we couldn’t,” said Bhavana Varma, executive director for the local chapter of the United Way. “It’s a starting point. It’s building on the strengths in our community.”

The end result, she said, wouldn’t have one organization be the lead on implementation of any recommendations, but create an organizational framework with existing bodies that is supposed to be accountable to the taxpayer and social services users. The translation: There will be no new bureaucratic body; the existing bureaucracy, both inside and outside of city hall, will actually work in a more coordinated fashion.

At least that’s the hope. Or as city staff put it in a report to council in September 2010, “ultimately, durable results come from building incrementally from a modest but firm foundation. The forthcoming strategy may begin with projects that show tangible, short-term results, while keeping the broader vision in mind over a much longer period of time…. By understanding and measuring how people meet basic needs, remove barriers, build skills, and promote social and economic development we can effectively mobilize various sectors to undertake activities that create better opportunities for the reduction of poverty.”

After years of reports, maybe success for this plan won’t be the results it produces, but whether it isn’t forgotten soon after it hits the public light.

Thanks to Nomadiq Miles for the photo accompanying this post.

8 thoughts on “The Official Anti-Poverty Plan”