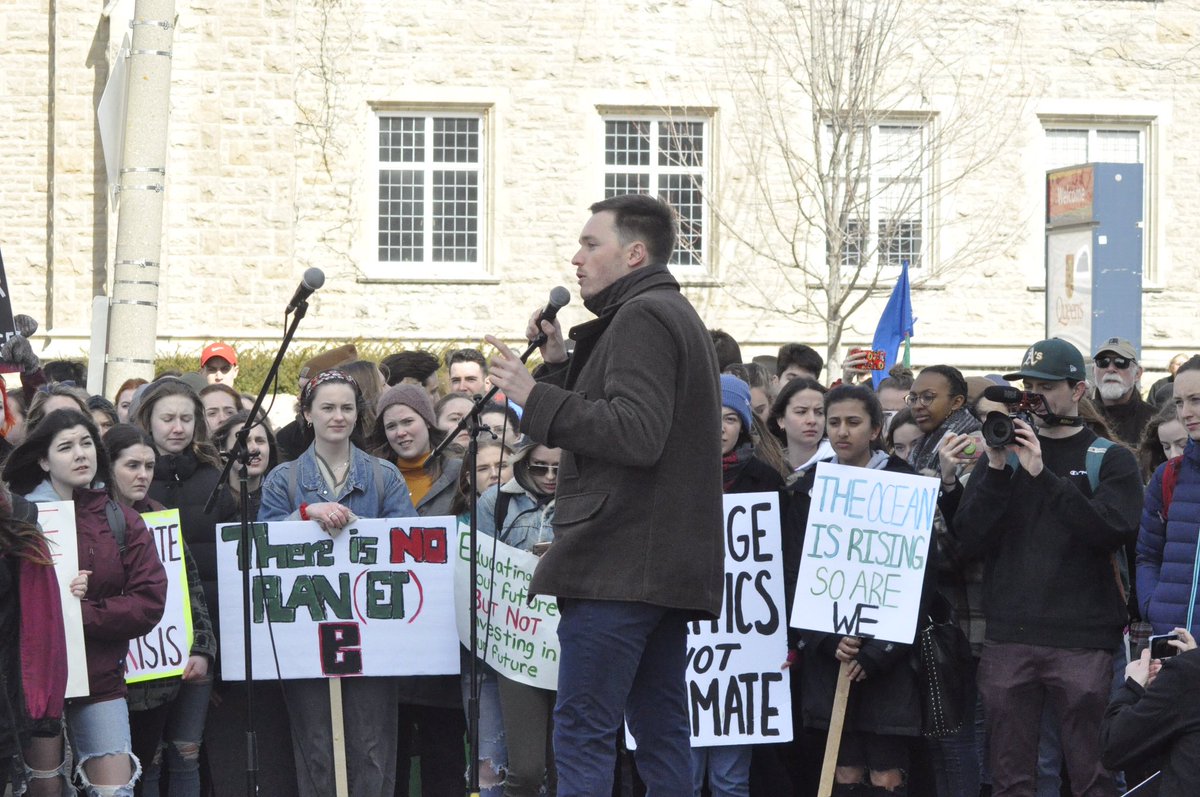 Almost two months ago, The City of Kingston officially declared a climate emergency. We were the first municipality in Ontario to do so. The motion – moved by me and seconded by Councillor Neill – passed with unanimous support, 13-0. All councillors and the mayor voted in favour.

Some were left wondering how this happened, myself included.

Observers of city council will tell you that, more often than not, it’s only routine agenda items like motions of congratulations or condolence that garner this degree of acceptance. Issues that are more contentious are not usually fully agreed upon. Obviously.

And “weather” we like to admit it or not (#dadjoke), climate change, and what to do about it, is divisive. (Yes, I think that bad jokes are suitable for challenging contexts, if only as momentary respite from them.)

I have been an environmentalist for 20 years, including 10 years in environmental politics and activism. I have been surrounded by those who care deeply about our planet and the peril it faces due to our pollution. The fact that our communities face cataclysmic economic, social, and ecological impact from climate change is not new to me. Nor are the vast volumes of research explaining the destabilizing effects of human produced greenhouse gases on the earth’s inhabitants and natural cycles and systems.

Think of the 1998 Kingston ice storm, storms which will happen here more frequently. Or look at the floods in Ottawa and Gatineau, not just this year but time and time again in years to come. The Alberta and BC forest fires, a new regularity. The list goes on. Horrific events we wish not on anyone.

Yet through it all, I recognize that some people who have not had these conversations before are skeptical about the entire eco-enterprise. Skepticism they share with their city councillors. I also acknowledge that some people are outright deniers of our damaging behaviours. This group tends to be intentionally ignorant or willfully indoctrinated by truly fake news. Conspiracies they too share with their city councillors. And then there are those who are ostensibly agnostic at best or apathetic at worst. A great glut of the population who seem to have have nothing to say to their councillors. A deafening silence that can sometimes seem like opposition to action.

(Though, to be sure, it’s a silence I don’t necessarily fault them for. Busy lives; competing narratives on human’s role in the great industrially-induced mess; weak policy and political gridlock at the international, national, and provincial levels of government; inability to see beyond the next pay cheque or hockey tournament: it can be genuinely hard to know what to do in the trappings of 21st century, materialistic, technology addicted, consumer society. I mean this sincerely.)

Given the various and varied positions of residents on the issue and how they channel those perspectives to their elected representatives, I didn’t know what would be said to the motion when it came time to debate around the horseshoe.

Of course, before the debate, I had had many fruitful discussions with a number of my colleagues. We exchanged thoughts about the importance of, as the motion said, “naming, framing, and deepening our commitment” to the cause, keeping open minds to what would be presented at City Hall. I shared articles and personal anecdotes. I tried to answer all concerns they had. My goal was to build consensus, though I wasn’t sure it would be achieved. In fact, you never know, nor should you, until the last councillor has spoken and the votes are cast.

I had also worked closely with community groups to ensure I had the needed pertinent local and global details. This information helped shape the wording of the motion. I first presented, and then refined, the motion with a fourth year Queen’s science communication class. They skillfully simulated responses that various individuals may have based on brief biographical sketches of different elected officials. Many from these groups also felt compelled to present to council as delegations. They did. Calling councillors to act in no uncertain terms.

And I did my rounds on the media, across the city, across Ontario, and overseas (No, I didn’t fly, I tried to Skype into London UK for a newspaper piece there. The technology failed twice so it devolved to a keyboard interview. Not as cool as it first sounded, amirite?).

I share these things not because it was my hard work that positioned Kingston as a climate leader when we resoundly and uniformly said, “yes, we declare a climate emergency.” Rather, I recount these things because they expose a funny thing about politics and all life, really. A lesson of humility: that no matter how much we pour into something, no matter how prepared we may feel we are, we are a small portion of the success (or failure) of anything. There is so much out of our control.

For instance, I had no idea that Councillor Hill would prepare such convicting remarks on the subject. Harkening to the days of World War II and the utter planetary effort to fight a common cause, he waxed poetic, principled and passionate, about the need to coordinate and come together against climate change. It was the discourse of the night.

I was also amazed to see another delegation, one not yet mentioned, present all of Council with a book on the “Uninhabitable Earth” (don’t worry, we’re allowed to accept nominal gifts like this, the general guideline is anything under $25) and screen a three minute video (more than half the time the maximum length of time for a delegation) by the author of the book.

Nor did I expect the profound sense of pride and gratitude I felt when a colleague to my right, figuratively and literally, whom I expected to vote against the motion, be so moved by the student delegation that he opened up about his own struggles with the issue. Struggles he repurposed in light of his desire to steward our resources and leave a healthy place for his kids.

It was these moments, the unexpected, profound moments, that set the ground not only for this motion to pass but for our council and our community to unite in the fight against climate change. First, in this declaration. Second, in approving a climate action fund. Third, in setting meaningful, measurable targets of being “carbon neutral by no later than 2040” in strategic planning. Fourth, by agreeing to electrifying our municipal fleet. Fifth, by doubling down on tree planning.

All of which will need to be further explored, developed, and acted upon with their own motions. Motions which will bring their own lessons.

And I’m excited to see what they may be.

Robert Kiley is Kingston City Councillor for Trillium District. He writes a monthly “behind the scenes” piece for the Kingstonist. He tweets @robert_kiley.