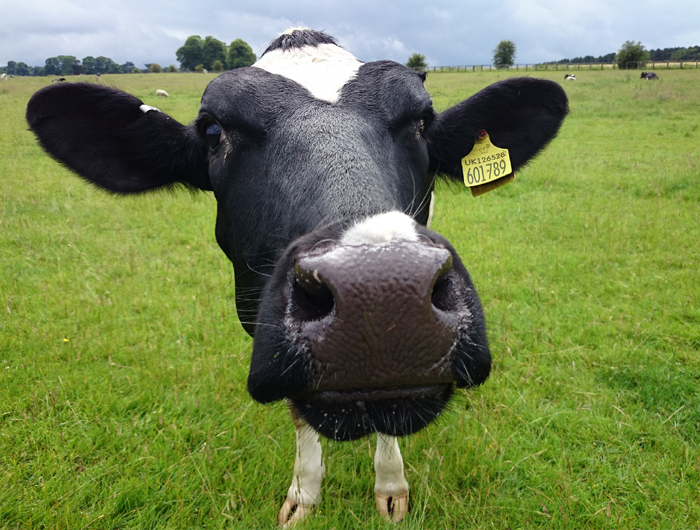 “Promise made, promise kept: The cows are coming home.”

With those words, hundreds if not thousands of those in the area knew their eight years of persistence, dedication and passion had come to fruition – the prison farms are being reopened.

As Mark Holland, Parliamentary Secretary to the Minister of Public Safety and Emergency Preparedness, Ralph Goodale, said those words at a media announcement on Thursday, June 21, 2018, cheers and applause rang out from those in attendance at Joyceville Institution.

The prison farm program will reopen at both Joyceville and Collins Bay Institutions, Holland said. Not only will the dairy cows be returning to both sites, but dairy goats will also be integrated into the program, he explained, and the federal government has committed $4.3 million over the five years to making sure that happens.

Alongside Holland, MP Mark Gerretsen and Kelly Hartle, acting CEO for CORCAN, spoke to those gathered at the announcement. And each person made a point to thank the tireless efforts of the Save Our Prison Farms group.

“I want to thank, first of all, the Save Our Prison Farms group who held the candle for so many years on this,” Holland said.

“When something shuts down, it’s not often a community can bring it back, but it’s the power of this program and the power of what’s being done that made that possible.”

Gerretsen echoed those sentiments, pointing out the efforts of those who have stood vigil every Monday night outside Collins Bay Institution since the prison farms were closed in 2009.

“The prison farm co-op group, you know, you united around a cause, and you believed in it, you showed your passion, you met regularly, and you were able to make this happen. This is because of the work that you did. You kept this at the forefront, you made sure that people didn’t forget about this issue,” said Gerretsen, admitting that there were times even he wondered if it was a hopeless cause.

Gerretsen also thanked former Kington and the Island MP, Ted Hsu, for all the work he did before he handed over a large binder marked ‘Prison Farms’ to Gerretsen – a handing over of the reigns of one Kingston’s most pressing issues at the federal level.

All parties also thanked the Farm Advisory Panel, which was established in 2017 and provided insights from stakeholders, advice and recommendations to CSC about potentially reopening the prison farms.

“The first step of this plan includes dairy cow and dairy goat operations at Joyceville Institution, in addition to land management, horticulture and crop production at both Joyceville and Collins Bay Institutions. Offenders will be involved in building and renovating necessary infrastructure as well as working to repair and rebuild farmland in the coming months to prepare for crops,” CSC said in a press release.

“The reopening of the farms at Joyceville and Collins Bay Institutions represents a renewal of the penitentiary farms model that includes additional technical skills certifications and community partnerships. Through these partnerships, offenders will learn employment skills and gain training opportunities. The farms will also provide on-the-job training, vocational certification, and employability skills that will support offenders in their reintegration.”

And CORCAN has already begun the work to get the farms ready to run, Hartle said.

“Between Joyceville Institution and Collins Bay Institution, we’ll be looking at the land repair, the return of our land and restoration, and the land governance,” she said, noting that CSC and CORCAN will keep the public informed of their progress,

“We’ve already started work on the land at Collins Bay Institution and have some crops planted.”