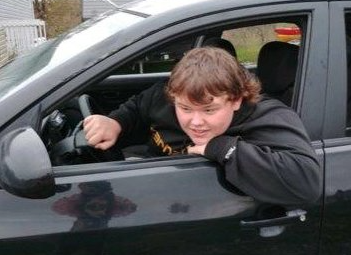 The teenager who passed away in a single vehicle collision on Pine Grove Rd just three days before Christmas has been identified as 16-year-old Kingston resident Dylan Goedman. He was 16 years old.

He was driving his newly-received car at approximately 11 p.m. on Saturday, December 22nd in Kingston’s east end when he apparently lost control of the vehicle and collided with several trees. “Dylan got his car for Christmas and just couldn’t wait to drive it. He got behind the wheel and drove it to heaven,” said his parents in his remembrance. He was the only occupant of the vehicle. Kingston Police continue to investigate the cause of the collision.

Goedman’s family ask that anyone wishing to make a donation in his memory do so to Sandy Pines Wildlife Centre or Land O’ Lakes Rescue Farm.