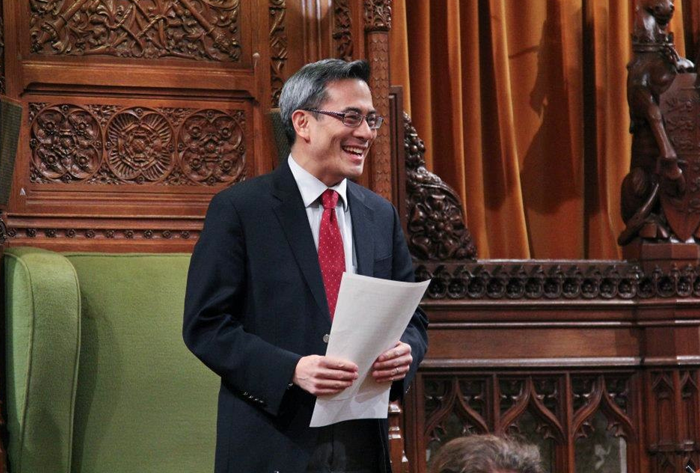 Ted Hsu, the highly-respected first-term Member of Parliament for Kingston and the Islands made a surprise announcement last Thursday that he would not seek re-election in 2015.  In a statement released on his website, Hsu outlined the reasoning behind his decision as follows:

My original reason for entering political life still guides me: Our children deserve to inherit our world without the troubles we have created.  As a husband, and father of two young daughters, I have been especially sensitive to the accumulated burdens that political life has placed on my own family — which is why I have chosen not to run for re-election in 2015.  I hope to return to political life when my children are older.  I will serve and energetically represent my constituents until the end of my term as MP, and look forward to accomplishing as much as possible in the coming year.  I enjoy this job and will continue to approach it with as much fervour as I did when I was first elected.  Thereafter, I will continue to actively pursue the same goals that inspired my entry into politics. I will just do it closer to the home front.

Hsu emerged as the local Liberal Party candidate shortly after Peter Milliken declared his retirement from politics after having spent 22 years as the local MP, and 9 years as Speaker of the House.  In spite of strong voter support for NDP and Conservative party contenders, Hsu won the seat in 2011 and went on to Ottawa to face a Conservative majority, serving as the critic for: Science and Technology, Post-Secondary Education, Federal Economic Development Agency for Southern Ontario and Federal Economic Development Initiative in Northern Ontario.  In spite of the number hats he wore during his first term, Hsu took all of these assignments in stride and dedicated his time in office to representing the best interests of all Canadians.  Hsu’s commitment to his constituents earned him the admiration of many political adversaries and contributed to him being celebrated as Maclean’s Parliamentarian of the Year in 2013.

Are you disappointed that Ted Hsu will not seek re-election?

Hsu’s retirement from federal politics is undeniably a tremendous loss for Kingston and the Islands, and the Liberal Party writ large.  With the next federal election set for Fall of 2015, the timing of Hsu’s announcement makes absolute sense in that it provides the local Liberal Party ample time to nominate a new candidate. Could there be another Ted Hsu out there who will throw their hat in the ring, or will the cast of characters vying for the Liberal nomination simply consist of the same old people with the same old ideas? Only time will tell how the change in leadership will impact our long-standing Liberal riding come next fall.