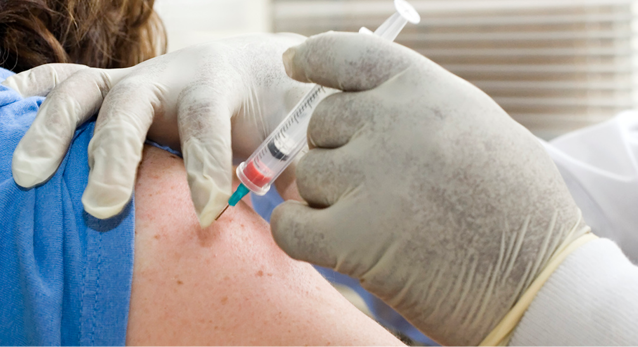 I religiously get the flu shot. I find the local vaccination clinics and go out of my way to be one of the first people to get it. Why? Well, I’m one of those “at risk” types, due to severe asthma I’ve endured since birth.  This year would be no exception to my streak. While scouring the Internet to find information about the flu vaccination, I learned that I should first get the pH1N1 vaccination, and that it would be available starting on October 27th. Great news, or so I thought.

I was hesitant to go on the first day of the swine flu vaccination clinic. A few of my friends who attended that day passed on their experiences via text messages and tweets.  What they revealed was disturbing.  Although the clinic opened at 10am, over 300 people were waiting in line as early as 9am. According to KFL&A Public Health, by 11am there were 1,000 Kingstonians lined up, while those who arrived after noon were turned away. To top it off, both my friends and KFL&A Public Health reported wait times as high as 5 to 6 hours.

Around 11am, I received word that pregnant women were being greeted at the door, and brought to the front of the line. This confused me as the person who gave me this information is also someone in the at risk category, however he was not offered a spot at the front of the line.  To find out why, I contacted Justin Chenier, Communications Officer for the KFL&A Public Health.  He advised that Dr. Ian Gemmill decided to bring pregnant women to the front, and treat them first. Otherwise, KFL&A Public Health made no special arrangements for at risk individuals.  And so the question remains, why is KFL&A Public Health treating pregnant women differently from others in the at risk group?

It could have had something to do with the advertising associated with the immunization clinic. Ads in local newspapers indicated that the swine flu vaccine would be given to all ages, and that the seasonal flu vaccine was only for those 65 and over.  I originally found the same advert for pH1N1 last week on the KFL&A Public Health’s website, however they have since replaced it with a proper notice indicating that only at risk people should come in during the first week of the clinic. Furthermore, immunization staff have repeatedly stressed that “no one will be turned away”.  In other words, first come – first served.

We’ve been assured that 3,000 vaccines are available daily for each immunization clinic. Did they reach 3,000 vaccinations on day one? The answer is no. According to KFL&A Public Health, between 1,500 to 1,700 vaccines were administered on day one. What is more, we’ll never know the percentage of at risk individuals who actually received thier vaccination. Has Public Health failed Kingston? When you consider the fact that everyone was treated the same (with the exception of pregnant women), and the failure to treat 3,000 people per day, the answer is YES.

I’m not convinced that the KFL&A Public Health has recognized the errors, and shortfalls associated with their vaccination clinics. Here’s my shortlist of suggestions to help them in the future:

I hope KFL&A Public Health does something. However I for one, am not holding my breath.  Thanks to Lance McCord for the photo accompanying this post.