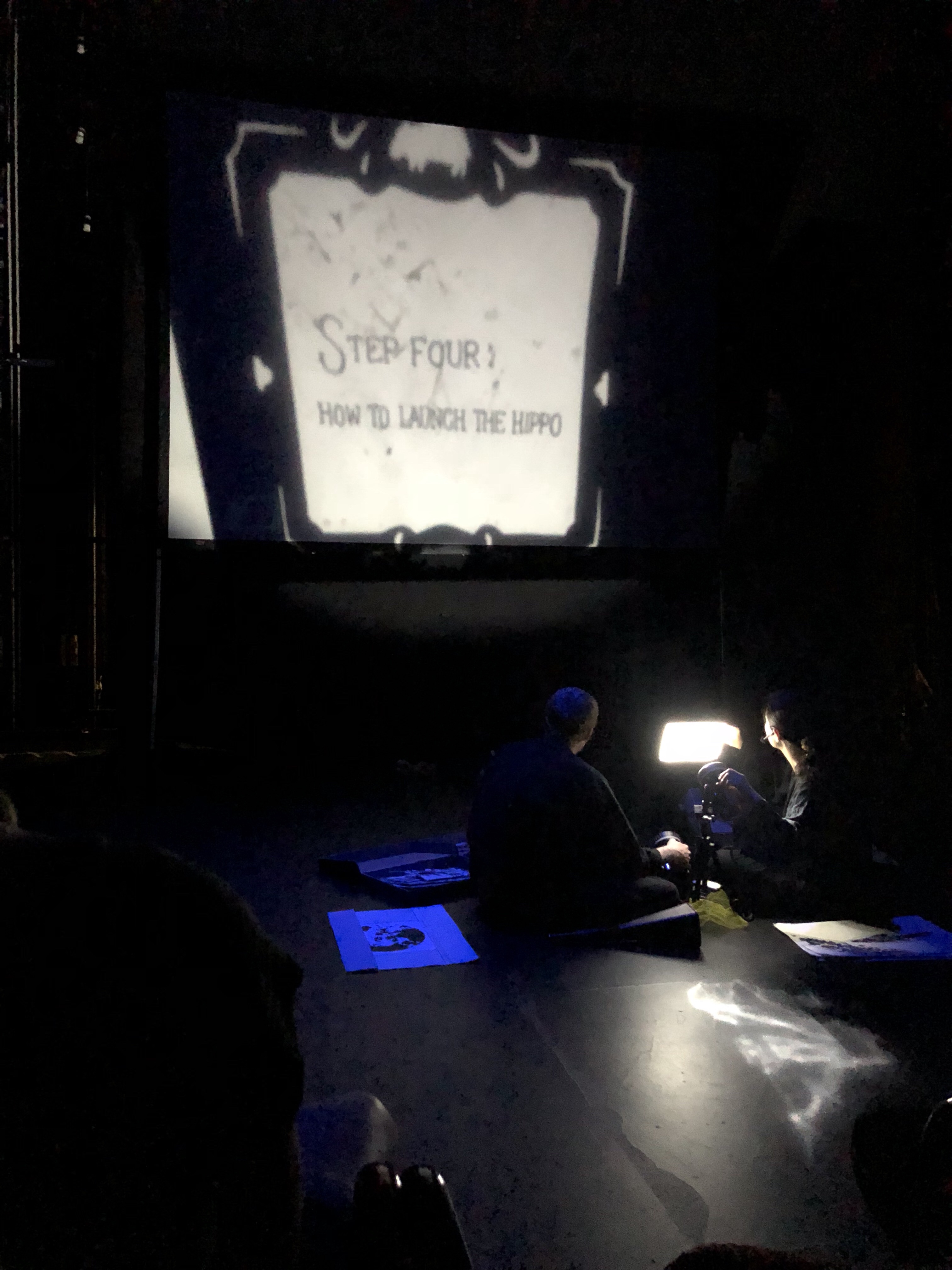 So last night I got to see the Kick and Push Festival play SPACE HIPPO. If you were on the fence about going this is a must-see! Next show at 7:30PM today. GRAND THEATRE. (On the stage so very intimate.)

Billed as a “science fiction comedy” (presumably to tease people into showing up), this shadow puppet gem of a show explores themes of loss, politics, religion, conflict, enslavement and loneliness. It is actually a biting satire on current world events and the bittersweet contradictions of the human condition. It has great depth and so many layers. The fact that this story is told in a live performance cartoon, and that you can see the intricacy and the work that went into creating probably 200 puppets and back drops (lovingly cut out by hand) that dance across the single projected light of two alternating flashlights is pure genius. The music for the show is also stellar, and carries one through an emotional landscape that is out of this world, but oh-so-very human. As you wait for the show to start, a soundtrack of space themed pop tunes play, including David Bowie’s FIVE YEARS. The show then opens with an original song riffing on this Bowie masterpiece and setting up the premise of the fictional apocalyptic trope that will be the audiences journey for the next hour.

I learned from talking to Daniel and Seri that Daniel wrote the script and Seri designed all the puppets. I also learned that the aliens in the play are ones that people who believe in aliens actually think exist. And that they met at puppet school in England six years ago. Since they now live in Japan, this is likely your last chance to see something unique, simple, touching, and beautiful! GO!!!