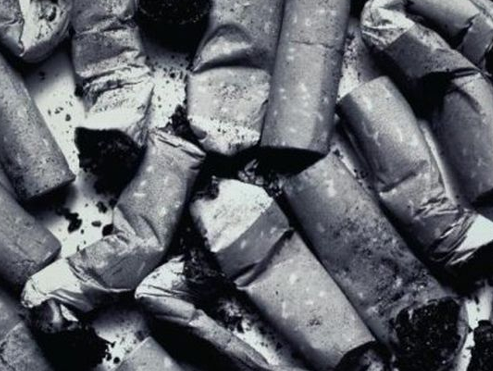 I was brought up to give it my all, and never quit anything I’d started. Even so, I don’t think that my parents would be disappointed to learn that I am a quitter, and I’m damn proud of it. You see, for years I considered myself a casual or social smoker, although I soon found myself smoking outside of social situations, and so regularly it was anything but casual. In fact, I was a professional closet-smoker, but I decided to break the habit and have been smoke free for nearly a year. Now I can run around without being winded, take pleasure in not smelling like an ashtray, and also enjoy the financial and longterm health benefits of fellow non-smokers. This was entirely my choice, and that’s where we enter into the argument concerning involuntary cessation of smoking in local prison facilities.

For those that don’t know, Canadian penitentiaries recently made the move towards becoming smoke-free environments, while Joyceville’s medium security facility will officially make the transition on May 20th. The new policy was designed to mitigate the negative health effects caused as a result of second hand smoke, which targets everyone from guards to prisoners. The ban will be in effect throughout the entire pen, including the outside recreation area, while staff will now be forced to leave their death sticks in the parking lot.

I have heard many people argue that their tax dollars should not go towards treating health problems caused as a direct result of someone’s negligence, be it smoking, excessive drinking or drug use. Hence, they will consider this policy as a progressive step in the right direction, but aren’t inmates tax payers as well? Equally as important, cigarettes are a central part of the economy within the prison system. By going smoke free, the prison is taking away the main trading commodity, and also creating yet another unauthorized substance inmates will attempt to smuggle in. Not that I’ve been in jail, but I can imagine that all the Red’s in Shawshank have just doubled their business.

Smoking is not illegal, but now we’re forcing inmates to quit. Although I see the logic behind the decision, I truly feel as though this is unfair. Just as we are no longer entitled to smoke in classrooms, movie theatres, workplaces and other indoor facilities, why can’t our penitentiaries have designated smoking areas? I know first hand the symptoms of nicotine withdraw, and fear that this involuntary measure may create a negative backlash within facilities across the country. This has the potential to result in more danger than second-hand smoke.