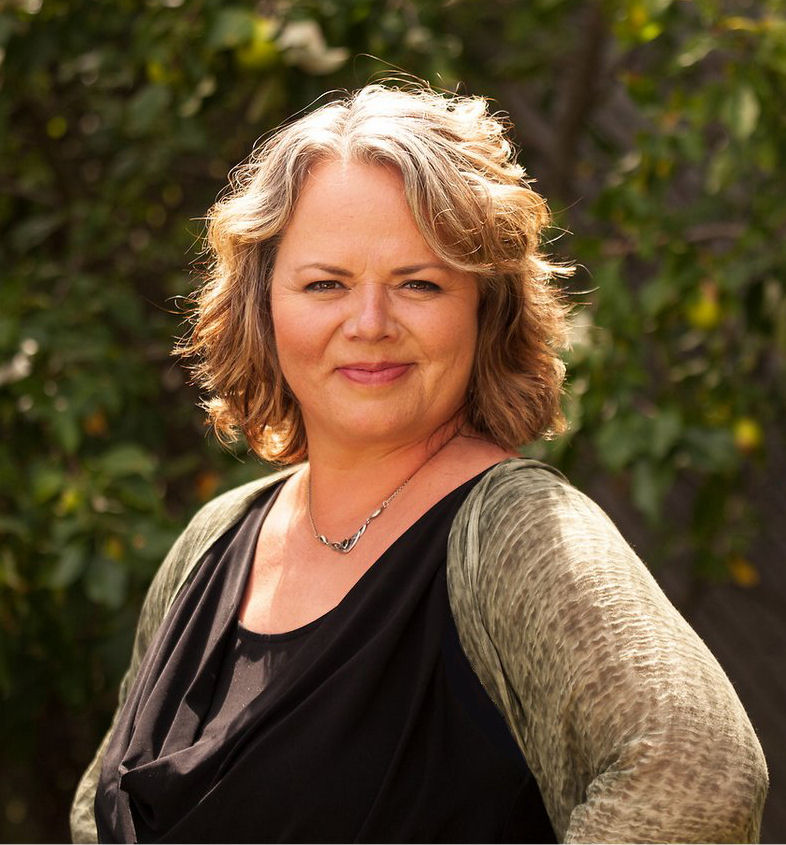 Candice Marie Christmas (nee Krumreich) is the Federal Green Party Candidate for Kingston and The Islands. She grew up in Lachine, a suburb of Montreal, and prides herself on being fully bilingual. She met her now-husband in the Thousand Islands and moved to Kingston in 1990. Christmas has been a member of the Green Party of Canada since spring 2019. She is a final year doctoral candidate in Health Policy and Equity at York University. Her “big passions are gardening and cooking” and she spends a lot of her spare time volunteering in the community.

Climate change has been in our sights for decades and we have made some progress through international efforts like the Montreal Protocol to address ozone depletion. So we know great things can be accomplished if we cooperate, but there is so much to be done. This spring, Greta Thunberg inspired me with her words: “I want you to panic… and act as if the house was on fire. Because it is.” I felt Greta’s frustration when I was her age, but now, there isn’t any more time for incremental solutions… we are running out of runway. We need to act with purpose: boldly, smartly. So I’m stepping up. I filed my nomination papers with the Green Party of Canada March 26, 2019, and, though time is against me, I’ve been overwhelmed by the support of people coming forward to help put a campaign together. It sometimes feels like a big, blended family, because we have so many people who historically worked with other parties – NDP, Liberals, and Conservatives – but people see the urgency, the priority that is the climate emergency and its threat to Canadian security, and they are coming to help. The Greens are about doing politics differently, which calls for an ‘all hands on deck’ approach, and people are heeding the call.  This fall election is pivotal because the status quo won’t do. There is too much at stake.

That the old ways of doing things aren’t working for Canadians… too many people are not making ends meet, living paycheck to paycheck, or are one adverse life event away from financial ruin (like having to take time off work to care for an ailing parent). And it’s making people ill… anxiety and depression rates just keep rising.

I’m looking forward to finding that out. Our Green canvassers will start with the question, “What are you concerned about?” We are just getting started, with purpose, to listen, and adapt the Green Party platform to reflect the needs of Kingston and The Islands. We can do that, because Green MPs, aren’t whipped. In fact, we are encouraged to ensure our policies are in line with the needs of our community.

So, again I have to emphasize that the big issues are complex and interrelated. I plan to champion financial security, because no child or youth should be denied healthy food and a safe place to live… it’s critical to their development and health over their lifetime. So basic income security is a must, what the Greens call a Guaranteed Livable Income (GLI). This will provide people with the basics as they retrain for new opportunities in the Green Economy, or work to launch their own enterprises. It will ensure that no Canadian is left behind. GLI, alone won’t be enough. We also need affordable housing reforms so youth, seniors, and our most vulnerable have safe places to live that don’t cost them more than 30 per cent of their monthly take home income. Add universal childcare and you have the trifecta of the Green Platform for social justice for all Canadians.

I’ve been studying political economy for my dissertation, including health economics and cost-benefit-analysis. When you look at vulnerable populations like the poor, homeless, people with addictions, it is actually more financially efficient to provide robust social programs to heal them and provide them with the basics of life, than to deal with the costs to health care, social welfare and criminal justice when the system fails them. We have this romantic notion of rags to riches stories – of the people who pull themselves up by their bootstraps and succeed despite the overwhelming odds against them. It’s a very small statistic.

Electoral Reform wasn’t implemented. It’s a travesty when you consider how Trudeau campaigned on this. “We [Liberals] are committed to ensuring that the 2015 election will be the last federal election using first-past-the-post.” Justin Trudeau, 2015, and reiterated in the Throne Speech of December 2015 (see https://globalnews.ca/news/3102270/justin-trudeau-liberals-electoral-reform-changing-promises/). By 2017, this election promise was formally broken. The report from the Special Parliamentary Committee on Electoral Reform (which Elizabeth May served on), calling for the implementation of Proportional Representation (PR), was rejected. How many people voted Liberal based on the promise of electoral reform?

The Green Party supports a proportional voting system that directly translates votes into representation in Parliament, removing financial barriers to running for office, and lowering the voter age to 16 to encourage youth civic action.

“The House is on fire!” so the Time is now to vote Green! The same old blue/red flip means we will lose another four years in addressing the climate emergency, four years our planet may not have. The Green groundswell is happening and people from left and right, all colours, are heeding the call! And I can ignite our citizens. I have the will and the skills. I’m a mother on a mission. I am your best choice for MP in Kingston & The Islands [because]: