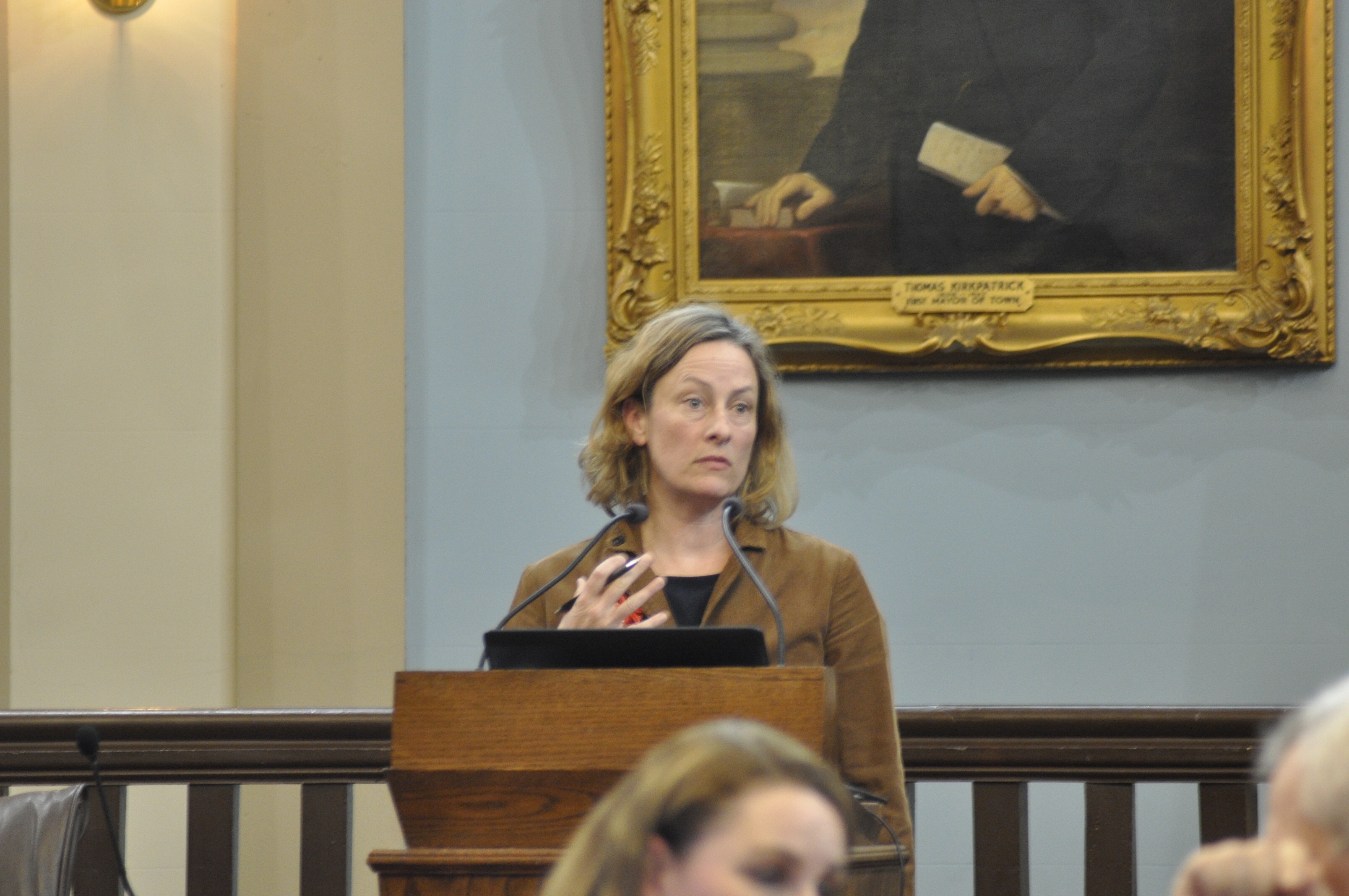 Editor’s note: On Tuesday, February 5th, Kingston City Council voted to join a growing chorus of Ontario municipalities in expressing their concern for several sections of the provincial government’s proposed Bill 66. Sarah Harmer was one of Kingston’s residents adding her voice during council’s deliberations. Here is her presentation:

Thank you for this opportunity. I am here to say a few words about Bill 66 and natural heritage protection in Kingston, as a citizen who has lived for over 20 years in the Countryside District, within the Collins Creek Watershed, near Elginburg.

When the Province announced Bill 66 in mid December I was very concerned about what it could mean for significant wetlands, for forests, for Grade A farmland, drinking water and Species At Risk habitats.  The Province was presenting the bill as a means to remove planning and environmental “red tape”. Based on discussions and information from the Canadian Environmental Law Association, Lake Ontario Waterkeeper and others, I learned that Bill 66’s Schedule 10 and the ‘Open For Business’ bylaw provision put everything from wetlands and forests to government transparency and even democracy, at risk.

I was clearly not alone. As I understand it, over 50,000 people and at least 15 municipalities submitted comment to the province opposing Bill 66. The Professional Planners Institute found that 77% of their members thought the Bill went too far. The Ontario Federation of Agriculture said Schedule 10 of the Bill was “a death to farming’.

On January 23rd our neighbour MP and Minister of Municipal Affairs and Housing Mr. Steve Clark announced on Twitter that, after receiving so much public pressure, the government was planning to remove Schedule 10 from the bill when the legislature resumed on February 19th.  Despite this announcement I am here to strongly agree with the Staff Report 19-039 in not supporting the bill as it is currently written because as staff says it-“has potential to be contrary to policy direction adopted by Council in the Official Plan”, and because it is “contrary to Council’s commitment to transparency and citizen engagement”. I also think Council should be explicit in stating that it is opposed to the open-for-business planning by-law as currently exists in Schedule 10, and would not make use of it if passed as drafted.  I also agree with the Staff report that the city should communicate this report and these positions, along with any council resolution on the matter, immediately to the MMAH, and appropriate ministries and political representatives.

Stepping back to see a slightly wider picture, I would also like to ask this Council to seek to understand the connectivity between recent announcements by the Province, from Bill 66, to changes to the Environmental Commissioners Office, to the Growth Plan, and to the Endangered Species Act Review to name a few.

Council may not be aware that on Jan 19th the province announced a Review of the Endangered Species Act. Citizens, organizations and municipal governments have until Mar 4th to comment on this Review. This past Friday Feb 1st the government met with environmental non-government organizations and, according to one participant I spoke with,  the consultation was “aimed at finding efficiencies for business more than it was concerned with enhancing protection for species.”

We need to understand that the threats in Schedule 10 of Bill 66 that alarmed so many of us are some of the same concerns that this Review of the Endangered Species Act brings up, with its focus on “finding efficiencies for business” and removing red tape.

When Ontario’s Endangered Species Act was released in 2008 it was considered world class in its rigor to recover Species At Risk. I know first hand at that time in Burlington’s Niagara Escarpment area that Species At Risk protections under Ontario’s ESA did protect wetlands and drinking water. In that case it was the salamander’s legal protections that saved the whole forest, and indeed perhaps the whole of the Mount Nemo plateau.

Unfortunately however, in 2013 our once “world class” Endangered Species Act was watered down with amendments. These amendments have led to huge exemptions and countless permits allowing aggregates and other landowners with commercial interests to destroy habitat and avoid the intent of the ESA.

So, going into this 10-year review the Endangered Species Act has already been substantially weakened.

There has never been a better time for vigilance at our municipal level to speak up for necessary, long-term environmental protections.   Kingston Council needs to publicly ensure we are doing all we can for these crucial living systems within our wide boundaries, and to recognize the need for up to date study and mapping as natural heritage areas grow and change. In this time of worldwide biodiversity loss, and as the province looks as though it may further abdicate its duties, Kingston must say loudly that we don’t want reduced requirements for addressing the needs of Species At Risk.

Kingston strives to be the most sustainable city in Canada.  We reject the false economy vs. environment story that is required to justify the provincial government’s “red tape removal” approach to environmental regulation. The huge public pushback on Bill 66 and Schedule 10 shows, in fact, the approach to planning that people in Ontario want. It is as though this outcry to Bill 66 was a referendum, on the question of whether people want “open for business” at the cost of safe drinking water, protected species and intact ecosystems. The answer was clear.

I ask that along with the earlier requests regarding Bill 66, Council direct staff to report on the Endangered Species Act Review, that the public is given an opportunity to participate, and that Council contribute to the to the current consultation before the March 4th deadline.

Thank you very much.