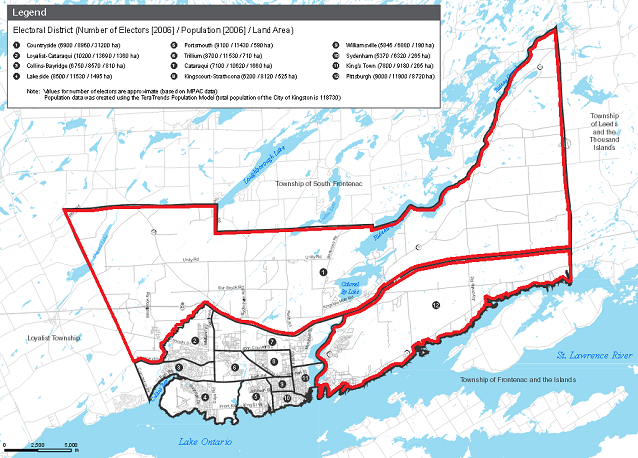 There is no question the latest Countryside District separation talk that erupted during last week’s council meeting in Kingston will affect a large percentage of our population following the notice of motion recently brought to the table by east-end Councilors Jeff Scott and Brian Reitzel.

The separation in question would mean residents in Kingston’s rural areas – specifically Countryside District and Pittsburgh District that became part of the City of Kingston in the 1998 amalgamation – would essentially separate from the city and no longer fall under the City of Kingston’s municipal legislation and in turn, tax dollars from those rural residents would go elsewhere.

According to Coun. Reitzel, currently there is a major taxation issue within the rural districts concerning the taxpaying residents. Coun. Scott stated since the amalgamation, no recreational facilities have been built in the rural district.  The motion brought forward by Scott and seconded by Reitzel, specifically calls for:

Whereas the benefits of amalgamation have not been realized either in local tax rates or service levels.

Whereas the Ontario Municipal Board has recently given councillor representation to 20,000 post-secondary students thereby drastically eroding the representation of these districts within the City of Kingston.

Whereas the residents of the Countryside District and Pittsburgh District were never asked whether they wished to join the City of Kingston at the time of amalgamation.

Therefore Council direct staff to include a question on the ballot of the next municipal election which asks the Countryside and Pittsburgh residents whether they would, or would not, like to negotiate a municipal arrangement outside of the City of Kingston.

Do you think rural areas should separate from the City of Kingston?

Budding relationships between the rural districts and Frontenac County have been discussed if a separation was to happen – however it is mostly speculation at this point.

The possible separation and notice of motion will be further discussed at the next council meeting on the 3rd of December.  Do none of the answers above suit your personal thoughts? Let us know what you think below of the possible rural separation.

One thought on “Two Rural Districts Consider Separating From Kingston”