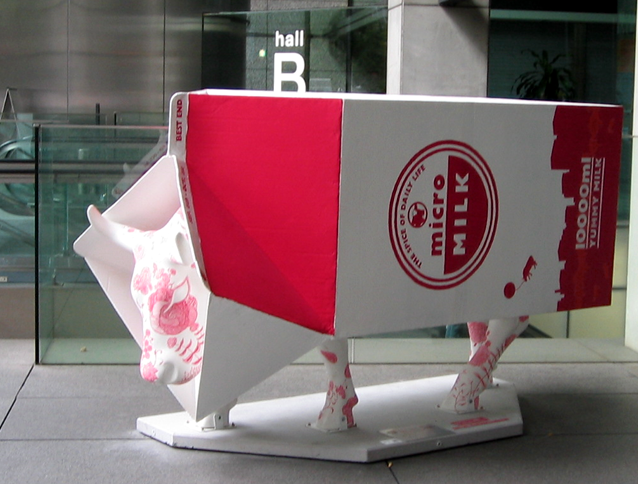 Our readers were loud and clear when they called last August’s closure of the prison farms at Pittsburgh and Frontenac institutions both disgraceful and undemocratic.  Subsequently, there was little surprise when the fiasco was crowned Kingston’s most significant headline of 2010.  While the livestock have been gone for quite some time, recommendations from a recent report by the Standing Committee on Public Safety and National Security (SECU) are terribly bittersweet.  According to the report on Mental Health and Drug and Alcohol Addiction in the Federal Correctional System, SECU recommends that Correctional Service Canada restore the prison farm program, as it is an excellent rehabilitation tool. Specifically, the recommendations and justification reads as follows:

That Correctional Service Canada increase the use of craft rooms and workshops and expand the range and number of creative, recreational, arts and music programs as well as other therapeutic programs.

The offenders who took part in the Committee’s study reported very positive experiences with some CSC programs. Some noteworthy programs brought to our attention included those based on animal therapy such as the Horses as Healers program at the Okimaw Ohci Healing Lodge, located in the Necaneet First Nation, in Maple Creek, Saskatchewan, and the farm prison program currently offered at six correctional facilities operated by CSC.[132]

Research shows that attachment to an animal has an overall favourable impact on the person physically, psychologically and emotionally.[133] Programs based on animal therapy can reduce depression and anxiety, develop self-esteem, and assist in the learning of compassion and various social skills including respect for others, discipline and a sense of responsibility. In the correctional setting, interaction with animals can also be a calming influence for inmates and staff, fostering an atmosphere that is more relaxed and conducive to rehabilitation. The results of an evaluation of the dog training program at the Nova institution for women showed that it: “builds the offenders’ self-esteem, produces positive changes in the institutional environment, and changes the community’s perception of women inmates at Nova Institution.”[134]

A literature review conducted by CSC concludes that animal therapy programs not only help participants by improving their behaviour and learning about discipline, as well as their sense of cooperation and respect for others; they also help the staff of correctional institutions since the presence of animals makes the atmosphere more relaxed and encourages communication among inmates.[135] Finally, society as a whole would benefit from these programs since the participating inmates would learn skills that would serve them well in the labour market and would reduce the rate of recidivism.[136]

Animal therapy programs have proven effective and all participating inmates believe that these programs have undeniable benefits at the human level. For this reason, the Committee has difficulty understanding why CSC decided to terminate the farm prison program at penitentiaries by March 31, 2011. Like many of our witnesses, the Committee is convinced that CSC is on the wrong path in this regard and maintains that CSC should actually increase the number of programs based on animal therapy.

In view of these considerations, the Committee recommends:

That Correctional Service Canada restore its prison farm program, which is an excellent rehabilitation tool, also serving as animal therapy.

On one hand the recommendations provide further justification for the rehabilitative qualities of the prison farm program. That said, they do little to silent shameless opponents who were more concerned with whether or not the farms were generating revenue, or whether former inmates went on to seek employment in the agricultural sector. At this late stage in the game, I feel as though SECUs report pours salt in the fresh wounds of Kingstonians and Canadians who passionately fought to keep inmates gainfully employed while serving out their sentences.  As much as I’d like to be wrong on this, I sincerely doubt that the report will cause the return of livestock or the restoration of our local prison farms.  Much to the chagrin of developers.

What do you think? Is it too little too late for round two of the save our prison farms campaign, or are you still hopeful that the cows will come home.  Could SECUs supportive recommendations be a catalyst to help launch an independent review of the prison farm program? How will the government’s tough on crime agenda, specifically in relation to the prison farm closures, play out in the next battle for the local federal seat? I for one would love to hear Kingston’s Conservative representative try to justify the termination of a rehabilitative program that worked.

Special thanks to mayme for today’s photo.