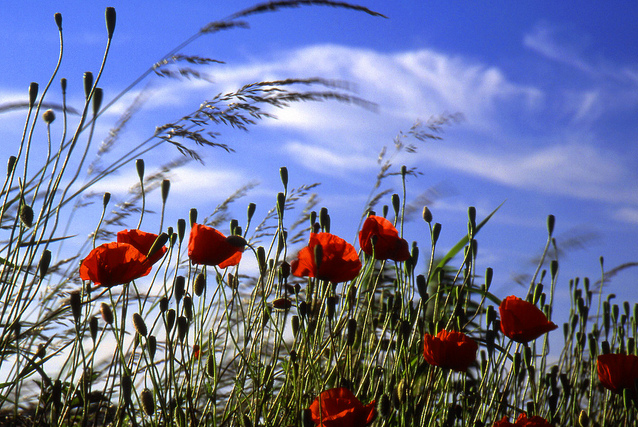 After all the sugary treats are sorted, the most hilarious costumes are declared and the Halloween hangover subsides, Canadians are urged to take part in the annual tradition of wearing a poppy.  It’s a small but significant commemorative gesture that is automatic for many of us.  Growing up, poppies were purchased and distributed in elementary and secondary school classrooms on November 1st, then worn until school-wide Remembrance Day assemblies on November 11th.  Nowadays, a quick survey downtown, in line at the grocery store and even around the office tells a different story: there are many Kingstonians who choose not to wear a poppy.  This does not necessarily mean that all non-poppy bearers have forgotten about Canada’s tremendous war-time sacrifices, but it’s also not a positive sign of national pride, unity or respect.  Accordingly, this week’s poll asks:

How will you commemorate Remembrance Day?

When was the last time you wore a poppy, attended a Remembrance Day ceremony, or better yet, thanked one of our 700,000 veterans?  Veterans Affairs Canada offers up a list of 50 creative ways to remember, which is geared towards the younger, school-aged set.  Sadly, as I’ve observed, it’s the over 18 crowd who needs to be encouraged to respectfully recognize those who served Canada in times of war, military conflict and peace. I’m not suggesting that everyone needs to take Friday off of work to attend a Remembrance Day ceremony, because realistically that’s not an option for many of us. Personally, I would be satisfied if more people took a few minutes to solemnly mark the occasion, and respectfully demonstrate the significance of the day.

Thanks to belkin59 for today’s photo.