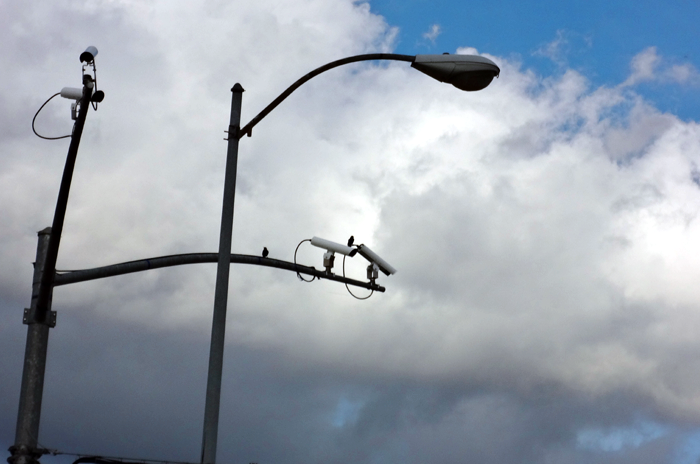 Back in 2014, Kingston city council launched a 2-year plan to set up cameras at selected intersections in ygk. The purpose of the cameras is to catch drivers who go through red lights. The cameras capture the license plate of the offending car and send a fine of $325 to the owner. All individual drivers, including Kingston Transit buses, are subject to the fine, however, ambulances, police cruisers, fire trucks and other emergency vehicles are exempt while responding to a call. A City of Kingston staff report from that same year studied 22 intersections and showed an average of 5 red light violations per day, resulting in 60 T-bone accidents per year.

A case study of other municipalities shows that the installation of red light cameras can reduce the number of accidents at intersections by 25%. That being said, cases of rear-ending have gone up in some places due to more people braking on amber lights. All intersections with cameras are required to have countdown pedestrian signals, which help drivers gauge how much time they have, but can also result in early braking or speeding.

The estimated cost to run the cameras is $520,000 annually but could result in an annual revenue of about $970,000, generating profits of approximately $450,000. Money that comes in from the program is set to go towards road safety improvements.

This week, city council will vote to pass a motion to go ahead with the installation. Whether you’re a driver, a cyclist, a transit user or a pedestrian, this week we want to know:

Do you see traffic cameras as an effective way to reduce red light violations and accidents? Will drivers be more cautious when approaching these intersections or will it lead to more speeding? Is the installation of cameras a violation of privacy and a cash grab from the city?  Tell us how you voted and why.