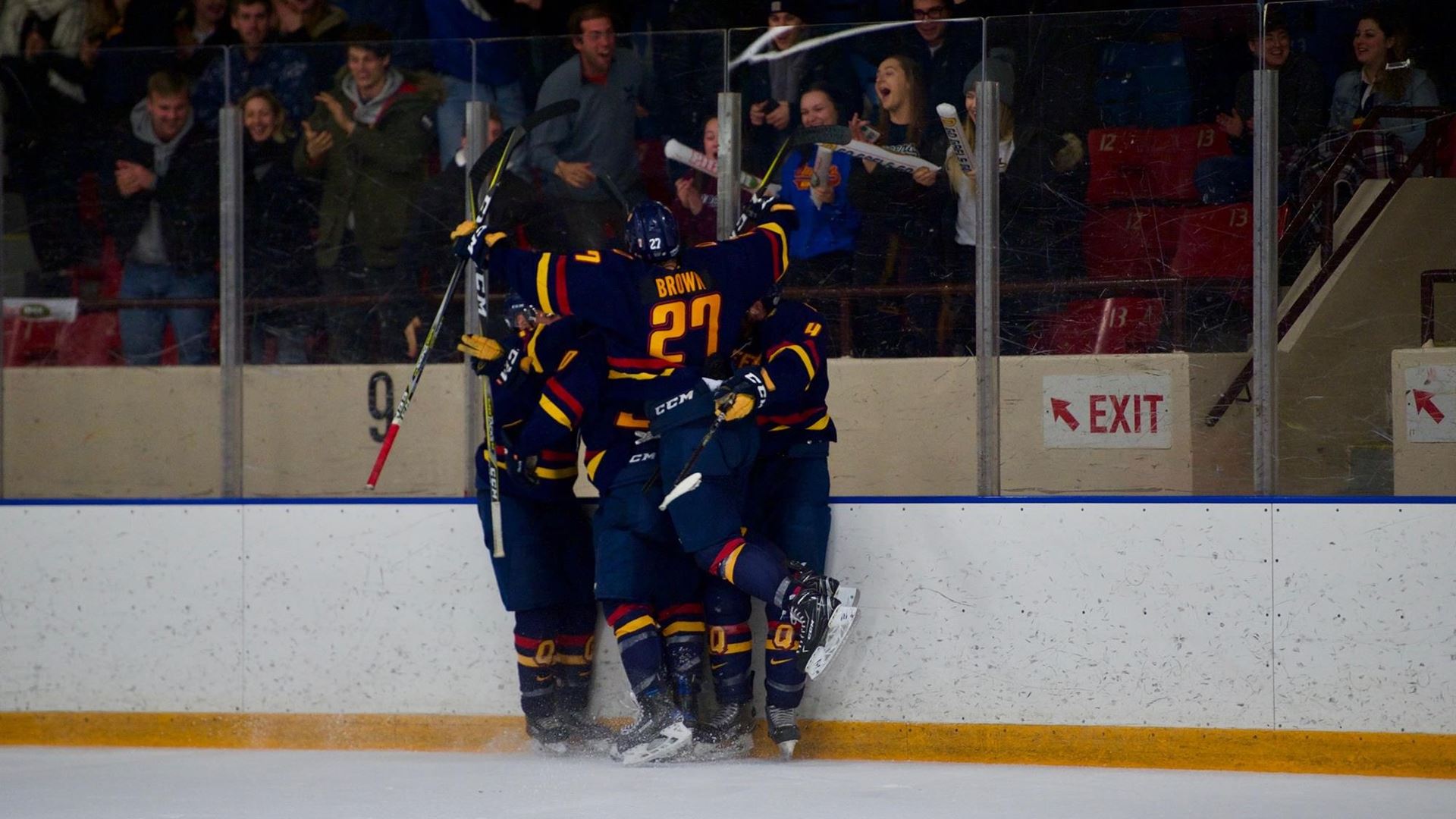 The Gaels Men’s Hockey team defeated the Carleton Ravens 4-1 on their way to the Queen’s Cup Final on Friday, Mar. 1, 2019 at the Memorial Centre. Photo by Robin Kasem.

For the first time since 1981, the Queen’s Gaels Men’s Hockey team will host the Queen’s Cup. The Gaels will take on the Guelph Gryphons, who defeated the Western Mustangs 4-3 in double overtime in the third and deciding game of the OUA Western Conference final on Sunday Mar. 3, 2019 at Thompson Arena.

The Gaels advanced after defeating the Carleton Ravens 4-1 in a thrilling Game 2 at the Memorial Centre on Friday Mar.1, 2019. The Gaels now boast a 6-1 record in the post season and are the hottest university team in the country.

On Friday night before the largest crowd at the Memorial Centre this season, Gaels captain Spencer Abraham scored the game’s eventual winner at 19:02 of the 1st period to give the Gaels a commanding 2-0 lead heading into the first intermission.

Carleton’s Aaron Boyd scored for the Ravens at 7:06 of the 2nd period to cut into the Gaels lead. It was the only goal of a period in which the momentum seemed to swing in favor of the visitors.

The game continued to be a tight, checking back and forth affair until Jared Bethune put the game away for the Gaels at 16:56 of the 3rd period on a remarkable individual effort. After evading a Carleton defenceman at the Ravens blueline, Bethune corralled the puck before slipping it past Ravens goaltender Francois Brassard.

The Gaels now face the Gryphons in a one-game Queen’s Cup final at the Memorial Centre on Saturday Mar. 6, 2019 at 7:30pm. The last time these two teams met in the playoffs was in 2000, when Gaels defeated the Gryphons two games straight to win the East Division title and advance to the OUA Final 4 Tournament.

Tickets for Saturday’s game are now on sale at the Athletics & Recreation Centre or on-line at www.gogaelsgo.com/tickets.