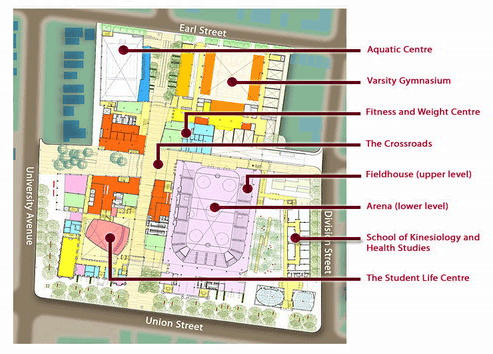 Well, the Queen’s Centre isn’t even halfway through the first stage of construction yet, and it’s already $41 million over budget, according to the Queen’s Journal. The project, which has three stages and is expected to be completed in 2014, has been underway since August 2006. Right now the Centre is just a hole in the ground; admittedly, it’s a very large and expensive hole, but a hole nonetheless. So how is it $41 million over budget already?

According to Vice Principal of Operations and Finance Andrew Simpson, it has to do with a rise in the cost of construction. Whether that accounts for the whole $41 million or not, you’ve got to admit that when there are hundreds of workers building a state-of-the-art-facility that spans over two city blocks, even a slight shift in construction costs would have quite an impact.

So how is the school going to pay for the rest of phase one if they want to stay on track with the projected cost of $230 million? Don’t worry, Kingston residents aren’t paying for it and that isn’t going to change. Students already pay $71 annually, a figure that will increase to $141 in 2010, but they won’t be paying any more on top of that to account for the project’s additional costs. Instead, the university is going to review the plans for phases two and three to see if cutbacks can be made.

It would have to be one hell of a cutback.