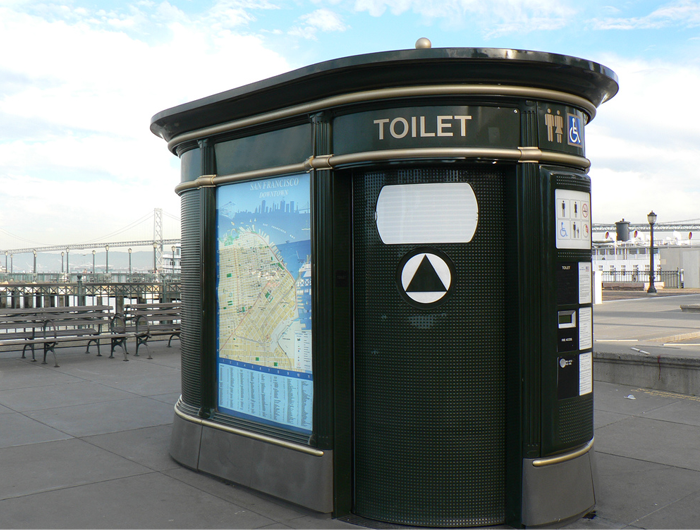 We’ve all been there. While walking around downtown Kingston, minding your own business, nature unexpectedly calls and you are immediately obliged to respond. You dutifully dart into the nearest restaurant or cafe, and pray that you can make it past the staff to use their washroom – for just a minute or two. You’re instantly met with a stern look, signage advertising that washrooms are for paying customers only, and the realization that patrons have to ask employees at the counter for the key to unlocking the only door that stands between you and glorious relief. You hurriedly skim the menu and order whatever happens to be the cheapest, grab the key and sprint towards your porcelain paradise. Crisis averted, and now you have a coffee you didn’t know you wanted, which almost certainly guarantees that you’ll need to find another washroom in the next hour or so.

Chances are you’ve encountered a scenario such as this, and managed to get into said washroom without having to pay. Or, that you’ve been busted and harshly reminded of a store’s policy to purchase something. If you are anything like my family, you’ve probably developed a mental list of places you can reasonably expect to pop in and use the facilities undetected. But should we have to go to all this trouble to quickly and easily make a pit stop in downtown Kingston?

Granted, Kingston City Hall and Confederation Basin have well equipped and attended to washroom spaces, which can be relied upon. However, when we venture away from lower Princess and tourist attractions, our options become sparse and put us in a tricky predicament where we’re forced to buy a muffin just to use the loo, or drastically lower our standards (case in point: Richardson Beach).

With restroom comfort and convenience lacking in certain parts of the city, perhaps Kingston should consider installing pay toilets in high traffic areas and gathering spaces.  Imagine being at your favourite park or window shopping near the Grand Theatre, and being afforded the opportunity to use a pod-style bathroom, or one that’s maintained by an attendant.  The facilities are instantly cleaned between users, and offer a safe, accessible and private space to relief yourself for some pocket change.  The pay-for-use model is far from a new idea, as it’s been employed in Toronto, and throughout the U.S., Europe and Asia with much success, so why not try it here?

If the City of Kingston is serious about promoting the use of public parks, the urban extension of the K&P trail, and generally getting us out and about, they need to remove the bathroom barrier that many people face.  Are you in favour of trying out paid toilets in Kingston?  If you were calling the shots, where would you locate a pay toilet?