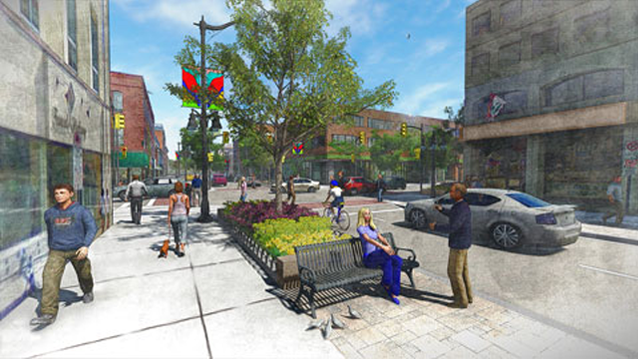 Two years ago, Kingstonians endured phase one of the big dig, a massive construction project to replace aging sewer infrastructure and utilities below Princess Street, from the intersection at King all the way down to the waterfront. The massive $4 million upgrade included a serious facelift to the renovated section of downtown Kingston, providing granite curbs and flower boxes, as well as new street lighting, benches and bicycle racks.  All in all, these aesthetic and functional upgrades have created a modern streetscape, which respects and blends in with its historical surroundings.  With phase two of the big dig set to start next week, Princess Street between King and Bagot will soon become a massive construction zone.  City officials such as Jim Keech, CEO of Utilities Kingston, have already warned that Princess Street will “look like a war zone” from now until the grand re-opening on June 29th.  Accordingly, this week’s poll asks:

The biggest inconvenience of the big dig is:

Few would argue that the Princess Street renovations are unnecessary.  The multi-phase project was conceived to replace aging sewers that were originally built and installed in the 1800s, while these had a nagging tendency of failing during heavy rain storms.  “You can’t maintain these things, but they’re operational,” remarked Mark Campbell, the city engineer who oversaw phase one of the Princess Street project.  Similar to what we experienced during phase one reconstruction, this phase will close down a two-block section of Princess and create detours for vehicles, while local businesses will remain open.  The $6.5 million undertaking is not without controversy, as businesses such as Tara Foods have criticized pedestrian-oriented design elements that create new double-wide sidewalks, which take away precious parking for customers and deter easy access for delivery trucks.

What strategies for getting around downtown Kingston did you learn during phase one?  How much of an inconvenience do you think reconstruction efforts will be for local merchants, residents and consumers?  Finally, how optimistic are you that the project will be completed on time and on budget?