The way in which governments are formed is becoming a hot button topic here at home, and south of the border.  When it come’s to Canada’s elected officials, the Liberal Party ran on a platform that committed to 2015 being the last time the country’s fate would be determined by first-past-the-post.  Since taking office, the Liberals have gone from claiming that a referendum on the issue is not required because Canadians handed them a mandate to implement change, to suggesting Canadians just aren’t that interested in electoral reform now that Stephen Harper is out of office.   With a laughably skewed questionnaire recently mailed to Canadians, and shade thrown on the committee looking into the matter by the Minister responsible for electoral reform, Canadians may not be any closer to electoral reform than when Trudeau first took office.  It’s a complex issue, which many care passionately about, and others seemingly could care less.  Whatever changes may come, we can’t afford to get it wrong. 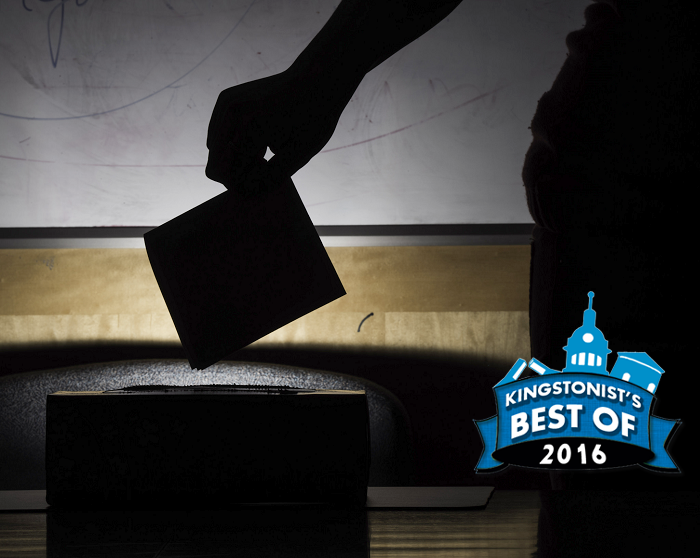 When the Liberals took office last fall, they promised that 2015 would be the last time Canadians would vote using the first-past-the-post (FPTP) electoral system. The Trudeau government has since set a deadline of December 1st 2016 to introduce electoral reform legislation. In our current system, voters choose one option and the candidate with the most votes is elected in their riding, and the party with the most candidates elected forms the government. The biggest concerns around this style of election (which is widely used in the United Kingdom and the United States) is that larger parties gain a disproportionately large share of seats, while smaller parties are left with an unbalanced share of seats. On the other hand, FPTP is easy to understand for voters and makes counting and processing votes fairly simple.

An all-party Parliamentary committee has been created to review a wide variety of voting methods such as ranked ballots, proportional representation, mandatory voting, and online voting. Here is a brief description of each:

Ranked or preferential voting: Instead of voting for a single candidate, voters rank the list of candidates in order of preference. The first choice votes are totaled up and if someone receives 50% or more of the votes, then they are declared the winner and the election is over. However, if nobody receives more than 50%, then the candidate with the fewest votes is eliminated from the race. All of his or her votes move to the second choice on the ballot and the votes are counted up again. This process continues until a winner is chosen.

Proportional Representation: PR is designed to produce a representative body where the voters are represented in that body in proportion to how they voted. In our current system, when more than two candidates run in a riding, one can be elected with less than half of the votes leaving other voters unrepresented. In contrast, a PR voting system elects several MPs to represent a given geographic region so that most voters in that region have a voice in Parliament.

Mixed-member Proportional Representation: Similar to PR, MPR allows for more even representation in Parliament. Voters in this case would be given two votes: one for an MP and one for a party. This allows voters to chose an MP without regard for party affiliation. Seats are awarded to parties based on the percentage of votes they get.

This handy video created by CBC gives a good description of each option:


On Thursday, September 15th Kingston MP Mark Gerretsen will be holding a Town Hall from 6-8:30pm at Memorial Hall in Kingston City Hall. The public is invited to join in the discussion regarding voting systems, Mandatory Voting, in which all eligible voters are obliged to vote or be subject to a penalty such as fines or community service, and Online Voting.

In these early stages of the discussion on electoral reform, this week we want to know:

Which voting system are you in favour of?

This is, of course, a complex topic that is traditionally something that only hardcore political followers spend time thinking about and discussing, however, the way we vote is incredibly important and something we should all take very seriously. If we are going to see changes that represent what we all want, now is the time to get informed. I myself didn’t know a whole lot about electoral reform in Canada before writing this post but I now feel more equipped to discuss it and to learn more. So, in a way, today’s post isn’t just a poll but also a mini challenge to share this information with your friends and family. Let’s all get informed so we can make sure we are fully represented by our elected officials.

Thanks to Michael Swan for today’s photo.