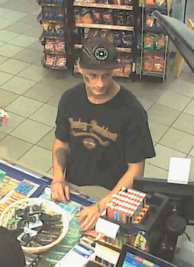 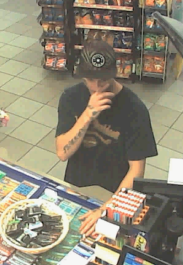 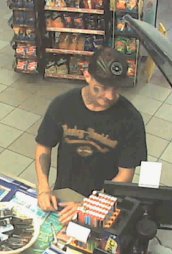 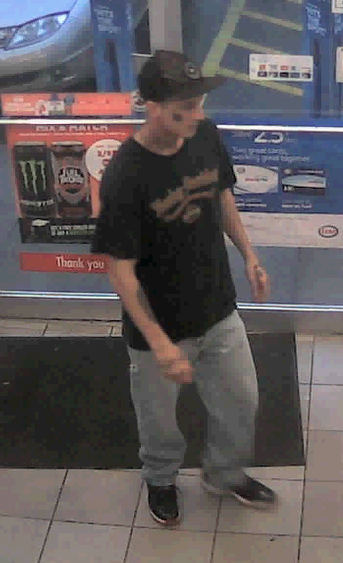 Kingston Police have released the above surveillance photos in the hope that members of the public may be able help identify the suspect in an armed robbery.

The robbery occurred on Tuesday, Jul. 24, 2018 in the area of Division Street and Highway 401, when the suspect approached the victim in a parking lot with a weapon. The suspect demanded money from the victim, who had no cash on him at the time, according to a press release from Kingston Police.

The suspect then followed the victim to a nearby automated teller machine (ATM) and waited for the victim to withdraw money. The victim withdrew as much money as he could, and surrendered that money to the suspect, who fled the area. The victim sustained no physical harm.

Anyone with information about th.e incident or with knowledge of the suspect’s identity is asked to contact Det. Const Scott Huffman of the Kingston Police at 613-549-4660 ext. 6322, or by email at [email protected]. Reference occurrence number 18-27340.