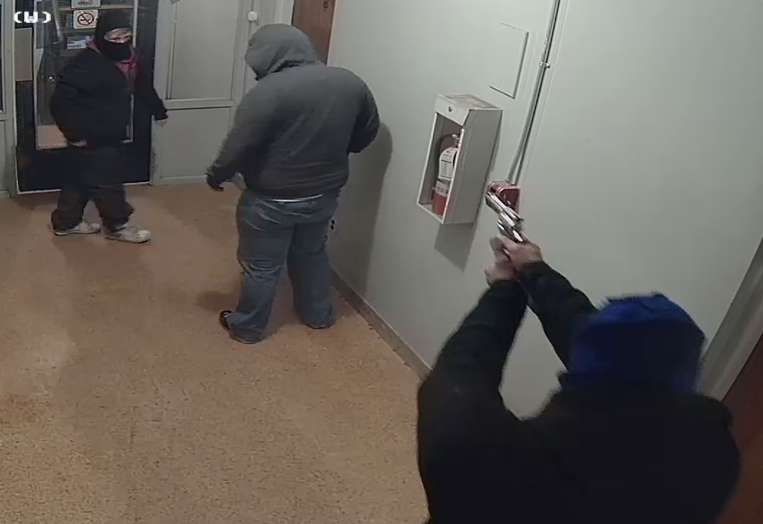 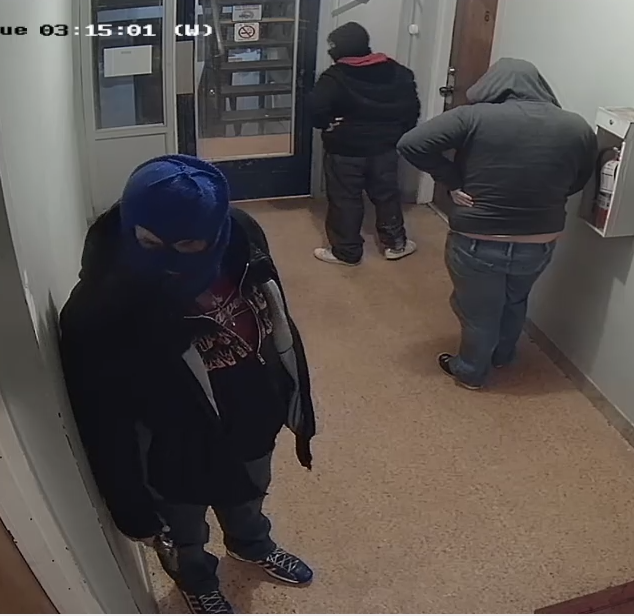 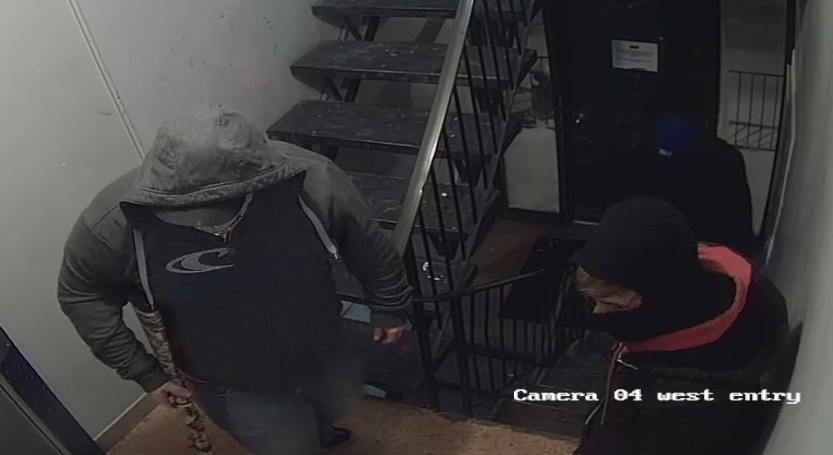 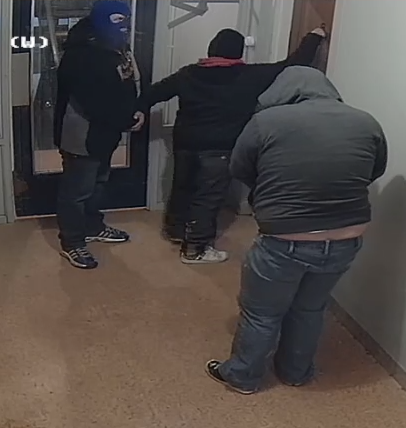 Kingston Police have released the above photos and are asking any members of the public who have information to come forward.

When the suspects were unable to gain access to the apartment, they fled the building, but fired multiple shots at the apartment windows as they did so. At least one round went through a young child’s window, according to Kingston Police, and no one was injured.

The suspects were last seen driving away in two different vehicles, a light coloured car and dark coloured SUV.