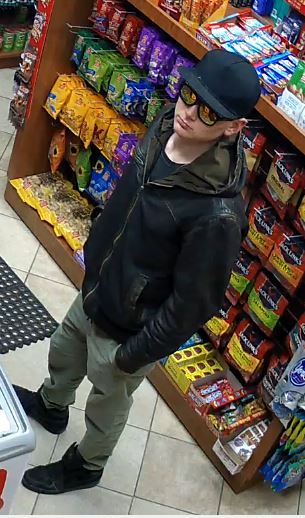 Kingston Police have released the above photos and are asking for public assistance in identifying the pictured male, the suspect in a fraud case.

A male suspect made several fraudulent transactions with a stolen credit card using the tap and go feature at various stores in downtown Kingston.

The suspect is described as a younger Caucasian adult male, clean shaven, with short brown hair and a slim build.

He was wearing a dark ball cap, sunglasses with yellow lenses, a black hooded jacket, and beige pants. The suspect was also wearing black high top running shoes or boots.