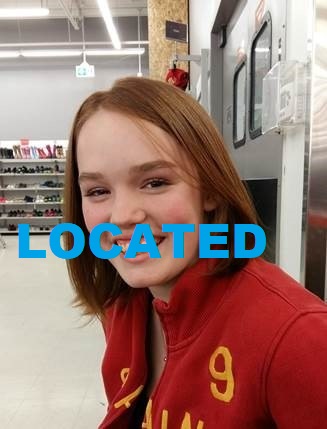 UPDATE: Hailey Nixon-Kemp has been located safely. Thanks to all who shared.

Kingston Police are seeking the public’s assistance in locating a missing female, who was reported missing on Sunday, May 25, 2019.

Hailey Nixon-Kemp, 14, is described as a Caucasian female, standing 5’1”, and weighing 115 lbs, with a medium build and fair complexion. She has auburn hair and brown eyes. She was last seen wearing shorts, a black sleeveless shirt with flowers on it, a brown leather jacket, and tan ankle boots.