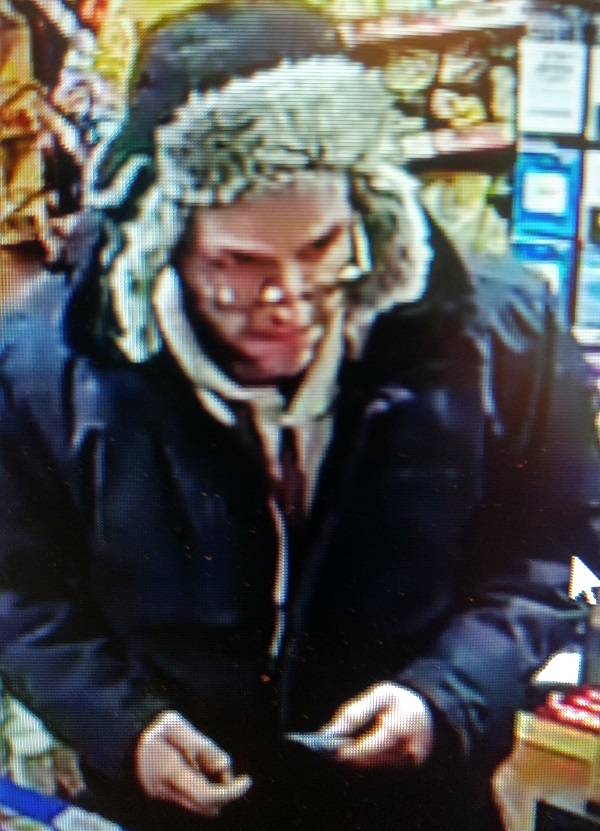 Kingston Police are turning to the public for help in identifying a suspect believed to have been involved with a theft and subsequent fraud.

The victim contacted police on Tuesday, Dec. 25, 2018 to report his wallet being stolen while he was shopping at a store in the city’s west end. The suspect, who is unknown to police or the victim, then completed four transactions using the stolen credit cards. The cards were used at convenience stores in both downtown Kingston and Amherstview.