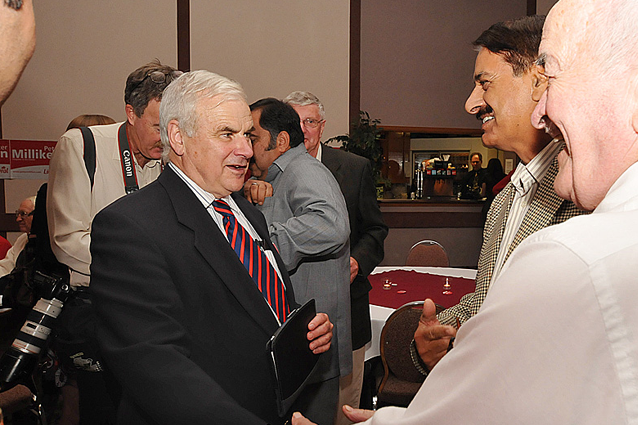 Peter Milliken has dutifully served as Kingston and the Islands’ Member of Parliament for 22 years, while the last 9 years he’s enjoyed the chair of the Speaker of the House of Commons.  Despite his busy schedule, Milliken is an integral part of the local community and he makes frequent trips back to the Limestone City to participate in everything from Remembrance Day to ribbon cutting ceremonies.  During an event at his home this past weekend, Milliken confirmed suspicions by officially announcing that he would not seek re-election.  His decision to move on  leaves a big question mark next to the federal seat for Kingston and the Islands. That said, I suppose that from a candidates point of view, Milliken’s decision is welcomed simply because he could not be beat.  While speculation as to who will succeed him as the Liberal party nominee for the local riding, and ultimately who will win a future election in Kingston and the Islands are bound to creep into the conversation, this week ‘s poll asks:

Are you disappointed that Peter Milliken will not seek re-election?

Personally, I am sad to Peter Milliken step aside and thankful for his years of outstanding service.  While I can appreciate his want and desire to spend more time at home and within the local community, I also wonder why now?  Perhaps that question can only answered by him.  However, in light of speculation that he will take on a position in the world of academia, or that he’s being considered to succeed Michaelle Jean as Governor General, hopefully this isn’t the last of Peter Milliken.

Thanks to Tyler Ball for today’s photo of Milliken shaking hands with constituents after his last re-election in ’08.

6 thoughts on “Peter Milliken Moves On”