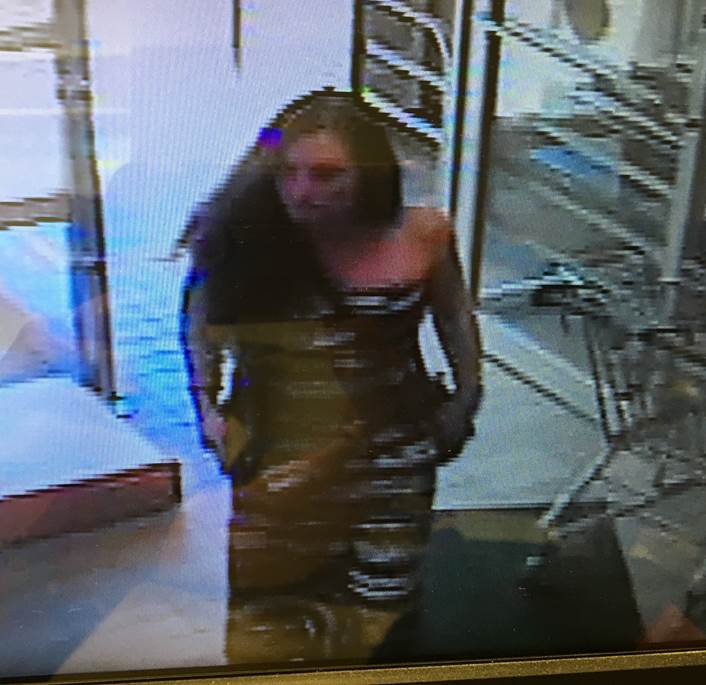 The Napanee detachment of the Ontario Provincial Police (OPP) have released the above photo hoping the public might be of assistance in identifying the suspect in a fraud case that took place in Amherstview.

The female pictured is suspected of using a stolen credit card at a business on Manitou Crescent in Amherstview. On Wednesday, Jul. 11, 2018, two females entered the store just after 2 p.m. and purchased items using the credit card. Two days later, the owner of the credit card reported it stolen and noticed the card had been used. Police obtained video surveillance footage of the suspects, and are asking for public assistance to identify one of the two women.

The suspect is described as a Caucasian female in her 30s with a thin build and long dark brunette hair. She was wearing a dark coloured striped dress at the time.

Anyone who can identify the suspect is asked to contact the Napanee OPP at 1-888-310-1122.  Those wishing to remain anonymous can call Crime Stoppers at 1-800-222-8477 (TIPS), where they may be eligible to receive a cash reward of up to $2,000, or tips can be reported anonymously online at tipsubmit.com.