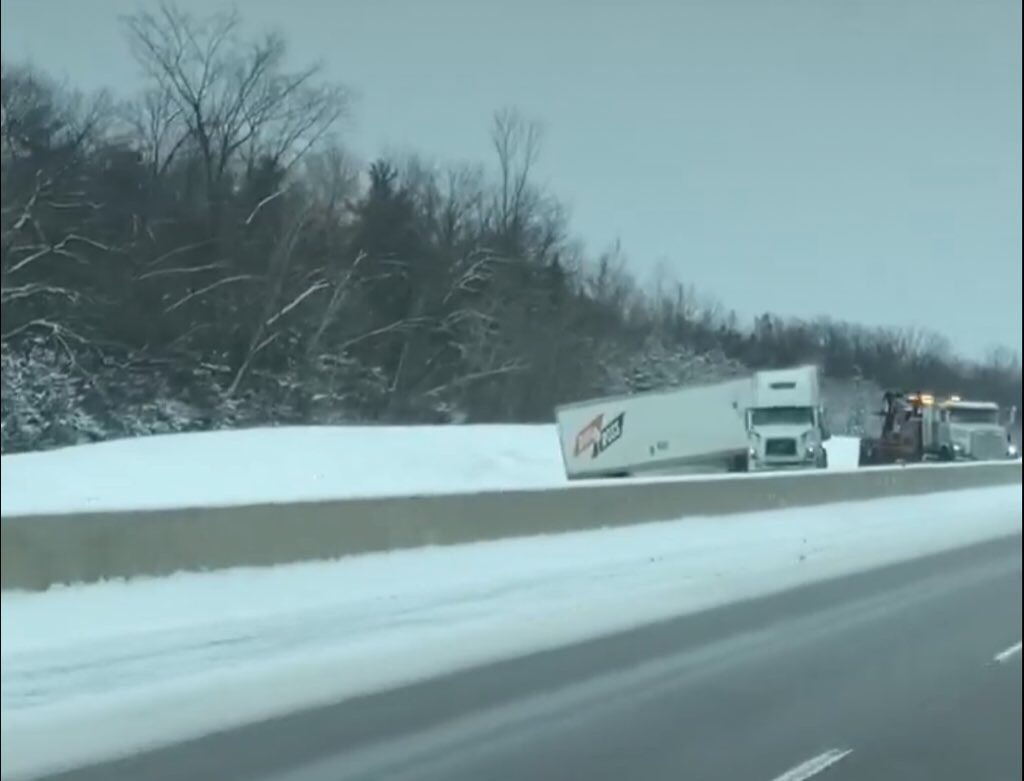 OPP say they have charged 12 drivers after they let their impatience get the better of them and decided to drive the wrong way on the 401 near a vehicle crash site.

On January 19, 2020 at approximately 8:30 a.m. officers of the Lennox and Addington County Detachment of the OPP responded to a report of a collision on the 401 westbound just east of Shannonville Road, near Napanee.  OPP say a transport truck had braked to avoid a motorist that pulled abruptly in front of the cab of the transport.  The back end of the transport slid across the icy highway and came to rest blocking both lanes of the 401, causing a delay in traffic.

Several of the vehicles that were stuck in the queue decided to turn around and drive eastbound in the westbound lanes. The highway was closed down for approximately 30 minutes while a heavy tow truck arrived to get the transport truck mobile again.

OPP officers responded to several complaints of the ongoing traffic hazard and charged 12 drivers with driving the wrong way on a divided highway, contrary to the Highway Traffic Act. The penalty for the charge is 3 demerit points and an $85 fine plus a $25 victim surcharge, for a total of $110.

OPP ask drivers to be patient and follow directions of officers while a traffic investigation is ongoing.  Failing to do so actually causes further delay as police are trying to manage those trying to circumvent the actual delay.