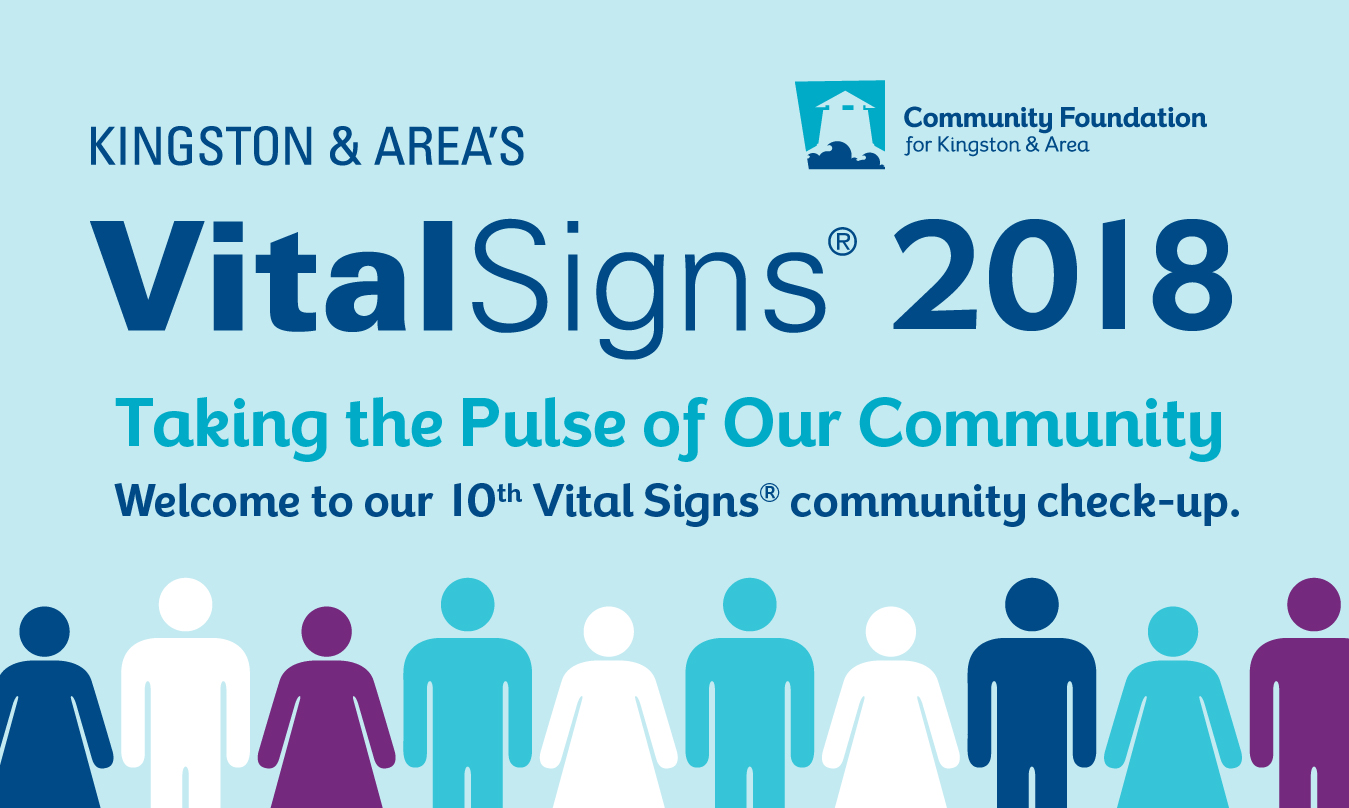 Every year, the Community Foundation for Kingston and area publishes ‘Vital Signs,’ a report card on the health and well-being of the population.

This year marks a decade since the first Vital Signs report was published, allowing the Community Foundation to reflect on some of the areas critical to well-being in the city and region, comparing some of the findings – which are presented as calls to action – from their 2009 report and their 2018 report.

“The Foundation has been producing Vital Signs community reports each year for the past 10 years,” said Tina Bailey, executive director of the Community Foundation for Kingston and Area.

The 2018 Vital Signs report focuses on “Taking the pulse of our community,” focusing on eight key areas that effect the overall well-being of those in Kingston and the area:

The entire report can be found here, but Kingstonist has distilled the report into some of the most striking and key findings, presented below.

Addiction and opioid use in Kingston

Perhaps the most staggering statistic in the entire Vital Signs report, there was a 46 per cent increase in opioid-related deaths between 2016 and 2017 alone.

“Deaths due to opioid overdose have risen dramatically in the past decade,” the report reads.

“The death rate in KFL&A is higher than the provincial average and has seen a sharp increase since 2015.”

To address this, community partners in KFL&A have an Opioid Action Plan, which identifies the following five “priority initiatives” to work on over the next three years:

The obesity rate in Kingston is growing, based on self-reported body mass index rates of those aged 18 or older.

In 2008, the obesity rate in Kingston and the area was one in five; in 2017, that number rose to one in three, and two in three people in the region are either obese or overweight.

The implications of this are important, according to CFKA, because there are a number of issues related to obesity and being overweight. Obesity is the leading cause of Type 2 diabetes, high blood pressure, heart disease, stroke, arthritis, and cancer.

“Associated pervasive social stigma and stereotypes result in inequities of access to employment, healthcare, and education.”

Although it’s in keeping with the provincial rate, the number of people self-reporting on their mental health as being ‘fair’ or ‘poor.’

The Community Foundation makes a point of underlining the association between the three above categories, noting that both obesity and addiction are often linked to poor mental health.

For frontline service workers with Addiction and Mental Health Services KFLA in 2017, that translated to:

In the decade between 2005 and 2015, the poverty rates in the Kingston census metropolitan area (CMA) has not improved. In fact, Kingston’s overall poverty rate has increased slightly, from 13 per cent in 2005 to 13.3 per cent in 2015.

For children under the age of 18, 15.5 per cent (or one in seven) were living in poverty in 2015. That rate is similar to findings in 2005, according to the report, but it is also less than the national rates.

The Vital Signs report points to a projects that has been and will continue to be integral in addressing the poverty rates in Kingston: The Poverty Reduction Initiative, which began in 2010 and involved the United Way KFLA and the Kingston Community Health Centres working closely with stakeholders to develop and action plan. They are now currently implementing a coordinated plan. The Rideau Heights Regeneration Project is part of the Initiative.

The overall sense of belonging in the community has risen in the last decade.

According to this year’s report, members of the local indigenous community believe that a more realistic number of the indigenous population is closer to 12,000.

Throughout Canada, the number of indigenous peoples from 2006 to 2016 increased at four times the rate of the national population. While the increase is a result of higher birth rates, the population count is also increasing because of the increasing acceptability of self-identification.

Active and public transportation use

According to the 2016 Census, one in three commuters in the Kingston CMA used “sustainable modes of transportation, including public transit, car-pooling, walking, and cycling.”

In its group of CMAs, “Kingston has the highest proportion of commuters using active transportation and public transit.”

The number of subsidized children that participate in YMCA programming is nearly 17 times higher now than it was nine years ago.

In 2009, 24 subsidized children participated in the YMCA programming; by 2018, 403 children benefited that programming. Those children account for 25 per cent of the youth members at the YMCA in Kingston.