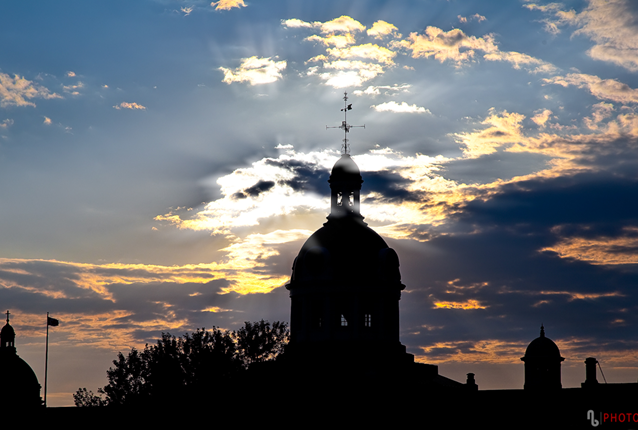 Editorial note: Our own Tommy Vallier posted these reflections on Twitter. We felt they were important to share:

Late this afternoon, after talking with some professionals, I took a bus to downtown #ygk for a several-hour walk – just to remind myself what our city is like most of the time. I thought I’d share some of my sights, just in case it helps others.

There was a sweater draped over a bench, whose owner had clearly forgotten it. A young woman was carrying a box wrapped as a gift – bow and all. Another woman was on the ground, asking for food or a little spare change.

There were pedestrians stopping at lights – and others crossing mid-block. Some cars yielded to others, one ran a light. I heard someone playing a guitar, heard glasses clink on a patio, watched a woman help a man pick up his dropped groceries.

I was asked for directions and happily obliged … just minutes before I saw the trolley. I watched the ferry set off from the dock, said hello to a mounted @KingstonPolice officer, saw a few people doing yoga and another few asleep on the sidewalk.

I spent some time sitting at a few spots, just people watching, including my own favourite, where I contemplated and, after some time, smiled. I looked up at our buildings, old and new, short and tall, and reminded myself just how special they are.

Before I left, I walked over to Queen Street and read the plaque at Anna Lane – something I had done for the first time just 48 hours before. It was different to read it with caution tape to my right, but it was good to read it again.

Downtown #ygk this afternoon was beautiful. It was busy, but peaceful. It was hectic, but happy. It was old, but new. It was full of stories – all different, all smaller than others we’ve seen recently, but full of people and stories all the same.

Walking our downtown this afternoon was the reminder I needed that our city, even with its flaws, isn’t what was seen yesterday. It’ll probably help me sleep tonight knowing that my city – our city – wasn’t changed.

My thanks to the incredible care team at @amhskfla who suggested a walk might help and to all of the people who happened to be downtown today who, without their knowledge, reminded me that this is still, as ever, home. #ygklove #ygk

5 thoughts on “Opinion: This is Kingston”