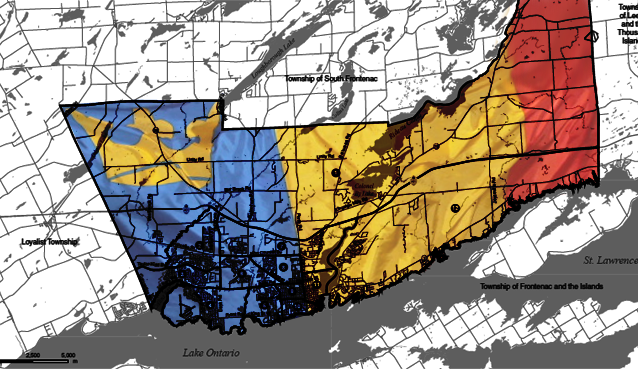 It is with grave frustration and embarrassment that I write this letter to you – members of Council – who continue to waste time, money, and our city’s reputation to put forward your personal egos and juvenile bickering. For me the last straw has been this most recent ruling of the Ontario Municipal Board which cites Council’s neglect for upholding our countries democratic laws which date back to the beginnings of our country and the very municipal district which seven members of Council tried unsuccessfully to wipe off the municipal electoral map. The Ontario Municipal Board ruling was so blatantly clear that the Board Member quotes Sir John A. Macdonald (a one time resident of Sydenham Ward no less) who in 1872 while introducing legislation to adjust representation in the House of Commons stated “…different interests, classes and localities should be fairly represented, and that the principle of number should not be the only one… Regardless of whether one counts by numbers or by the significant impact the Queen’s student population has within our community, the decision of Council to leave students out of the City’s head count was mischievous and undemocratic.

Since the early days of this current Council, we have seen efforts by Councillors to manipulate the political process which is reflected in the all too common 7-6 voting split. We have seen the Councillors who represent the concerns of the downtown neighbourhoods pushed aside by suburban/rural motives both in the planning process and at Council. The OMB ruling is further proof of the problem that has been created by manipulative Councillors with their own interests in mind rather than the best interests of the City as a whole. Based on the expert opinion of experienced City staff and a consultant who only flip-flopped on his opinion once his client told him which option to support, Council was still willing to hire one of the highest paid lawyers in the city to uphold a decision of Council while the Board Member found “…that the Council, in a 7-6 vote, acted unreasonably in adopting an option that does not count more than 20% of the City’s population when determining electoral districts…” While the ruling of the Board Member clearly states an extreme concern for the voting of Council, one can only imagine this ruling has been sanitized to protect the reputations of the parties involved in putting forward this unlawful vote of Council.

Given the ridiculousness and self-serving motivations of seven members of Council, I, as a concerned taxpayer of this City, am making a formal request for the full disclosure of the costs associated with defending this unjust action of Council before the Ontario Municipal Board. This tally should include all legal and administrative fees and the vast hours of staff time that went into preparation for the hearing. This full accounting must be made available to ratepayers as publicly elected officials are not acting responsible with our money and trust we placed in them as servants of this fine city.

Given the unwillingness of the local media to present these true events in the wake of the Ontario Municipal Board ruling, I am concerned we will still be plagued by Council continuing to act in the irresponsible manner whether it be continuing the sprawl at the fringes of our city or failing to include safe cycling facilities within one of the most urban areas of the city. If you do the research you will find that suburbs are highly subsidised by the higher density urban areas of a city. Without doing the full math it is common sense that maintaining and replacing infrastructure in a high density urban areas is less costly than the same upgrades which will eventually come due within low density suburban areas. Yes, that is right, the evidence indicates urban neighbourhoods pay the brunt of all roads repairs, garbage collection, water and wastewater services, etc. I encourage you to Google “the true cost of urban sprawl” and you will quickly find that you are neglecting some very important challenges that will face the city in the future, though likely after your term is over.

Councillors, it is time to put aside you petty personal interests and act responsibly taking into account the needs of the whole community. Be comfortable with change that is properly planned for; the current political divisions in this City are stalling progress and the attractiveness of our city to further employment and investment. Students are important members of our community both socially and as a source of jobs and input to our economy. The City and Queen’s should be each other’s biggest supporters; we are stronger together than divided.

In conclusion I am hopeful that the next municipal election will bring forth inspired progressively minded candidates and the current deadweight on Council gets cast aside. Kingston has too much potential as a City to miss out on future exciting opportunities of this ever changing world.
__________________